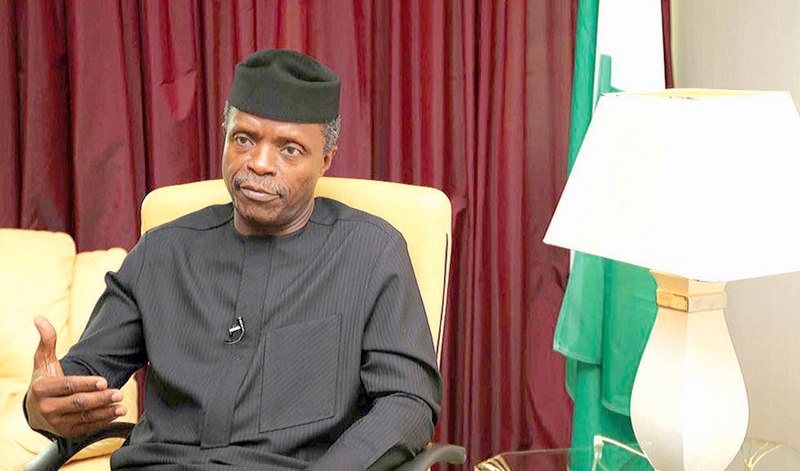 Acting President Yemi Osinbajo, on Tuesday, requested the bicameral National Assembly to consider and grant 10 states of the federation accelerated approval to borrow a total sum of $1.5 billion from multilateral agencies and France.

The states’ loans requests were parts of the 2016-2018 External Borrowing (Rolling) Plan whose approval the presidency had sought since last August.

“I write in reference to my earlier letter requesting for the consideration and approval of the Senate (and House of Representatives) for the 2016-2018 External Borrowing Rolling Plan and to request the Senate (and the House) to separate the States’ Projects from the items listed therein with a view to giving them accelerated consideration,” Mr. Osinbajo wrote in his letter to both Senate President Bukola Saraki and Speaker Yakubu Dogara.

The letter, dated June 1, 2017, was read in both chambers of the National Assembly on Tuesday.

Mr. Osinbajo sought approval of the lawmakers to allow Kaduna State and Ogun State access $350 million each for their respective State Development Policy Operation (DPO) from the World Bank.

Mr. Osinbajo told the National Assembly “it will be highly appreciated if could kindly give this request an expedited consideration and approval to enable states meet up with all other effectiveness conditions for the implementation of the projects in their respective states.”

Since last August when President Muhammadu Buhari first sent the $30 billion 2016-2018 borrowing plan to the National Assembly, no part has ever got the statutorily required legislative approval.

In April, the president wrote the lawmakers, further to the last year’s initial letter, seeking approval to secure about $6.4 billion dollar loans from the World Bank and China to fund infrastructural objectives across the country and combat polio outbreak in the North-East.

While that request is still pending, the June 1 letter, read on Tuesday, was sent to seek approval for 10 states to secure loans.