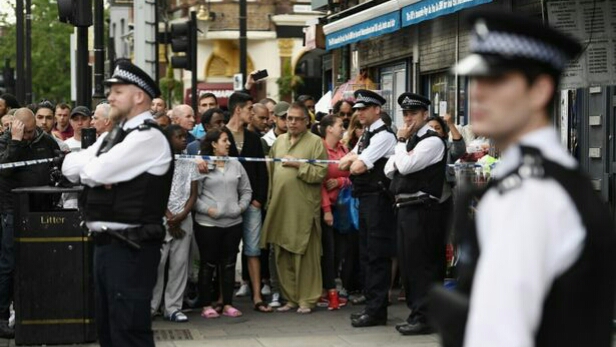 The Federal Government on Sunday condemned the deadly terrorist attacks on Central London Bridge and the Borough market in “the strongest terms” and voiced its deep condolence to the relatives and victims of the attack.

Seven people died in the attack in central London on Saturday night and 48 were injured.

“Our thoughts, sympathy and prayers are with those affected in these latest multiple terrorist attacks and their families,” the ministry stated

The News Agency of Nigeria, NAN, reports that assailants drove a van into pedestrians at high speed on London Bridge on Saturday night before stabbing revellers on nearby streets.

The police said armed officers shot dead all three attackers within minutes of receiving reports of the terrorist attack unfolding in central London.

The three men were wearing suicide bomb vests that were later confirmed to be fakes.

Cressida Dick, the Metropolitan police commissioner, said on Sunday morning the incident was under control.

Police also confirmed the arrest of 12 people in the Barking district of east London in connection with the attack and raids were continuing there.

In his reaction, Acting President Yemi Osinbajo said he “strongly condemns the sickening atrocity perpetrated by a misguided and cowardly group of terrorists who attacked innocent persons in the London Bridge area on Saturday night.”

Mr. Osinbajo stated that Nigeria “stands with the government and people of the United Kingdom and extend our condolences to the families of the victims.

“The Acting President notes that the latest attack in the U.K. reinforces the need for the global community to act with greater vigour to overcome the extremist ideologies which underpin terrorism,” his spokesperson said.