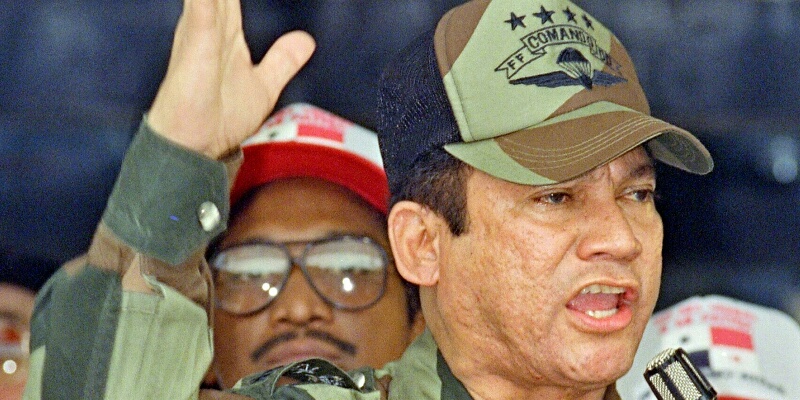 The current president of the country, Jose Varela, announced the death early on Tuesday.

“The death of Manuel A. Noriega closes a chapter in our history; his daughters and their families deserves to bury him in peace,” Mr Varela tweeted.

Mr. Noriega, a former United States ally, who had links with drug trackers such as late Colombian narco kingpin, Pablo Escobar, had been in induced coma since March after a brain surgery.

Mr. Noriega was the leader of Panama between 1983 and 1989. He was a spy for the U.S. Central Intelligence Agency, CIA, until his country was invaded by the U.S. – in what was described as the largest military action after Vietnam – and his brutal regime ousted.

After his removal, he spent time in prison in France, U.S. and finally in his home country, where he was convicted for murder in 2011,for crime committed during his time in power.

His lawyer said he suffered ailments like hypertension and strokes.

During his regime, scores of people who opposed his debauched leadership style disappeared and their bodies were exhumed years later at a military base. Many of the bodies had signs of torture.
Mr. Noriega lived a luxurious lifestyle with parties in mansions and a huge collection of antique guns. He also carries with him teddy bears dressed as paratroopers.

Citing the 1990 book, “In the Time of the Tyrants” by journalists Richard Koster and Guillermo Borbon, The New York Times reports that while passing secrets about Cuba to the U.S., Mr. Noriega sold the late Cuban leader Fidel Castro thousands of Panamanian passports, at $5,000 each. The passports were believed to be used by Cuban secret agents.

The late dictator was said to be worth at least $772 million.

“He craved power and became a tyrant,” Mr. Koster and Mr. Sánchez wrote in laying out Mr. Noriega’s ultimate undoing. “He craved wealth and became a criminal. And the careers came in conflict.”