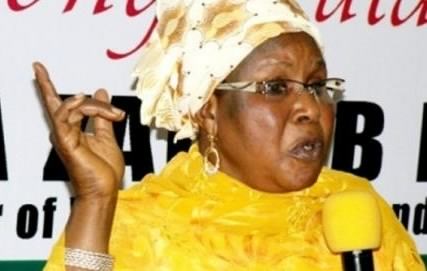 The said money was an outstanding principal loan and accrued 13.50 per cent interest of a loan granted them to finance a business.

Delivering judgment in the suit, Justice Ahmed Mohammed, directed the defendants to pay NERFUND N61 million as agreed upon by both parties during the transaction.

According to Justice Mohammed, the defendants failed to put forward any defence to the plaintiff’s action hence the plaintiff was entitled to judgment of the court.

“Since I earlier held that the defendants have not given any defence to the plaintiff’s claim on the merit, the plaintiff is entitled to judgment of the court.

“I therefore make the following orders: judgment is hereby entered in favour of the plaintiff against the defendants in this suit.

“The defendants are hereby directed jointly and severally to pay the plaintiff the sum of N61, 057 million being the outstanding principal loan and the accrued 13.50 per cent interest agreed on the principal loan as at June 8, 2015.”

Earlier, the plaintiff ‘s writ of summons, deposed to by a staff of NERFUND, Sanusi Ramalan, averred that the defendants had refused to sign and/ or return three engrossed tripartite deed of legal mortgage.

This, alongside three copies of irrevocable power of attorney given by Umar Maina in favour of NERFUND which was earlier forwarded to them for execution.

According to NERFUND, the property was used as collateral to secure the loan via a letter dated January 9, 2013.