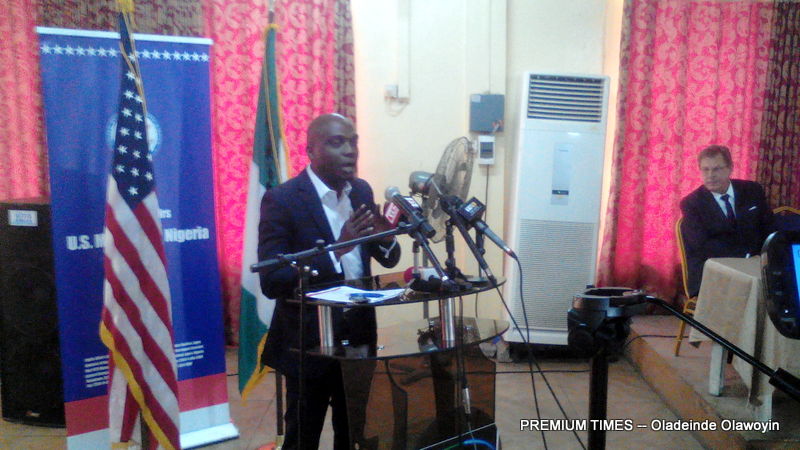 A communications scholar, Ralph Akinfeleye, on Wednesday lambasted the fairly armophous category of purveyors of news, who are neither trained in the rigorous fact-checking tradition of journalism nor are accountable to standards of truth defining the profession, describing then as mere ‘information traffickers’. These are people, he said, who have now constituted a global phenomenon – largely for worse – running all manners of news pages and websites, and hiding behind the category of being “citizen journalists”, etc. to peddle information that are mainly concocted, unverified or outrightly fake.

Mr. Akinfeleye, a professor at the Department of Mass Communication, University of Lagos, said it was an aberration to describe people who circulate such information, especially on the internet, as journalists. To him, what they engage in could be simply considered as ‘journalesse’, in the absence of proper training, appeal to standards and in functioning outside the ethics and traditions of journalism.

The university don spoke at the 2017 edition of the World Press Freedom Day, organised by the United States’ Consul, which was held at the premises of the Lagos Television, LTV, Agidingbi, Ikeja.

The communication scholar noted that it was imperative for gatekeepers of news in Nigerian media houses to ensure that their editorial decisions were based on sound ethics and professionalism.

He made reference to the role of the media in the run up to the 2015 general elections, adding that some gatekeepers and editors violated professional ethics.

“In 2015,” he said, “some (media houses) were fined by the Nigerian Broadcasting Corporation, NBC; they paid and still continued to violate (professional ethos).”

Commenting further, Mr. Akinfeleye urged the Nigerian Guild of Editors, NGE, to ensure that the appropriate sanction was handed to erring members.

He also advised journalists to refrain from unprofessional conducts.

“You must try to unchain yourselves from hate messages; corrupt practices,” the university don said.

On his part, David Ajikobi, the Nigerian editor at Africa Check, a fact-checking media platform, noted that journalists should understand how to avoid misinformation and disinformation.

Mr. Ajikobi explained that often, claims put in the media by politicians and other media users are false and could be clarified through simple fact-checking exercises.

He, however, enjoined journalists to embrace fact-checking and ensure issues are put in proper contexts for the benefit of their audiences.

For Tomi Oluyomi-Lords, a lecturer at the Nigerian Institute of Journalism, NIJ, the press should be given a section of its own in the Nigerian constitution.

Speaking on the topic, “Media Law and Ethics in a Digital Age”, Mr. Oluyomi-Lords explained that the media cannot perform beyond what the law stipulates.

He, therefore, called for a review of the Nigerian constitution, especially the part that addresses the media and its societal function.

Citing examples of issues that were heavily influenced by the activities of Nigerians on social media, the former editor of Thisday newspaper said the new media had impacted the public’s participation in policy formulation, which was hitherto impossible.

“We are bypassing the roadblocks to participatory democracy,” Mr. Kolawole said, adding that the potentials of the digital media must be fully harnessed to boost participatory governance.

In his own contribution, Dapo Olorunyomi, publisher of PREMIUM TIMES said Nigerian journalists were doing a lot to hold power accountable.

Mr. Olorunyomi noted that journalists must, however, strive to ensure that the three elements of accuracy, loyalty to citizens and verification are contained in their reports.

The PREMIUM TIMES boss noted that the media industry has witnessed a change in terms of news gathering, editing and gate keeping process, due to the advent of the internet.

He, however, enjoined more collaborations across newsrooms, adding that, “the perspective that holds the media is the perspective of network.”
‎
Speaking earlier, the newly re-elected president of the NGE, Funke Egbemode, disclosed that journalists were being harassed and molested across the country.

Ms. Egbemode also lamented how publishers and media proprietors face economic challenges through systemic onslaught launched against them by the people in the establishment.

The highlight of the event was the presentation of gifts to students who participated in a debate competition held among representatives of four higher institutions of learning in Lagos state: The University of Lagos, UNILAG; Lagos State University, LASU; Yaba College of Technology, YABATECH; and the Nigerian Institute of Journalism, NIJ, Lagos.

The event saw students of LASU, who won the debate, awarded gifts by officials of the US consul.

Earlier, the US Consul General, John Bray, in his opening address, had enjoined journalists to cross-check and double-check their fact before publishing same, adding that it would increase the reporter’s credibility and the reliability of the news platform.