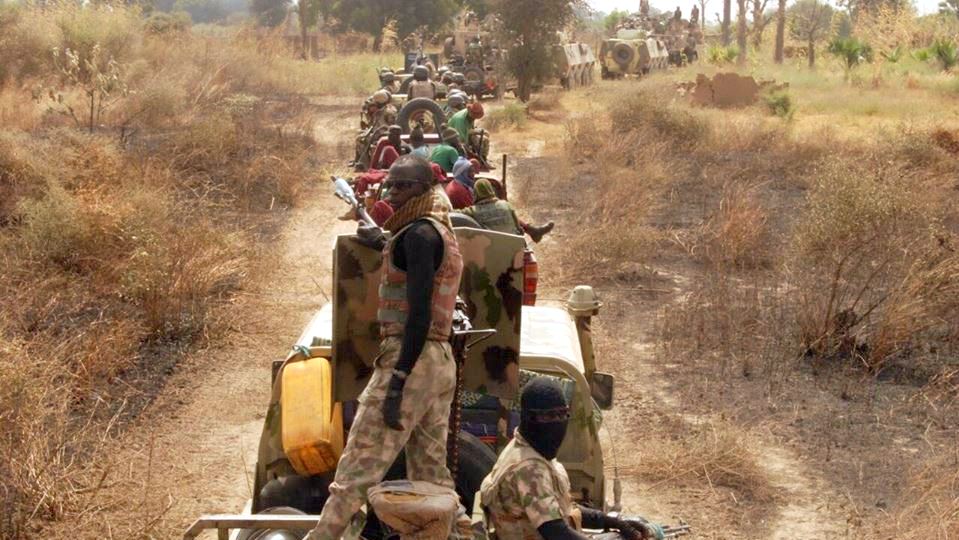 Never again will terrorists take over and occupy any part of Nigeria’s territory, President Muhammadu Buhari vowed in Sambisa Forest on Monday.

The President made the vow when he declared the 2017 Nigerian Army Small Arms Championship, NASAC, opened.

Represented by the Minister of Defence, Mansur Dan-Ali, Mr. Buhari noted that holding the championship in the forest was an affirmation that government was “resolved to stamp out all activities and operations of the Boko Haram insurgents from our territory.”

Mr. Buhari said: “This championship is a showcase of the clear effect and degradation of the Boko Haram terrorist group with the destruction of Camp Zairo in the heart of the famous Sambisa forest.

“I can say categorically that never again will Boko Haram occupy any of our land.

“I want use this opportunity to congratulate the Nigerian Army for this achievement and reiterate at this point by noting that it is a case of professional training that brought the Nigerian Army to this length.”

Mr. Buhari restated that through the Presidential Committee on North-East Initiative, PCNI, government would reconstruct facilities and structures destroyed by the terrorists so that the people of the region could enjoy the dividends of democracy.

Earlier, the Chief of Army Staff, Tukur Buratai, said the championship was held at the forest to consolidate on the gains achieved by troops in the north-east so far.

“This championship is therefore held here at the heart of the Sambisa forest as part of Nigerian Army’s plans to effectively dominate all hostile territories in the North East”, Mr. Buratai said.

According to Mr. Buratai, the championship could not be held since then due to numerous operational engagements by the army.

Mr. Ali, who was the commander of an army formation at Mallam Fatori in Borno east, died in a battle on November 4, 2016 when Boko Haram terrorists attempted to invade and take the town.

The News Agency of Nigeria, NAN, recalls that the army routed the terrorists and took over Sambisa on December 23, 2016 at about 1.35 p.m. after it overran Camp Zairo, their last strong hold in the forest.