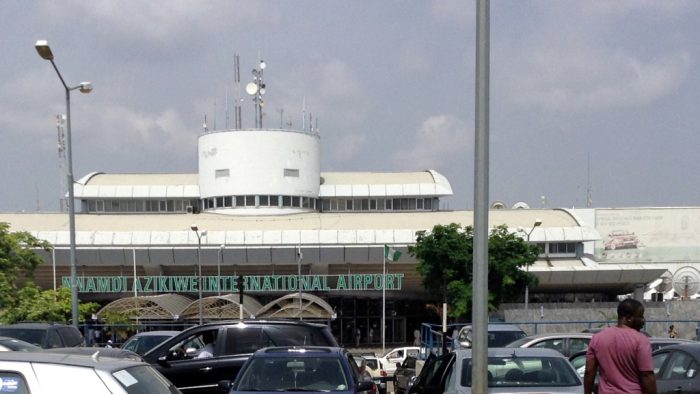 The Minister of State for Aviation, Hadi Sirika, has said that the proposed repair of the Nnamdi Azikiwe International Airport, Abuja, runway will cost N5.8 billion.

Mr. Sirika made this know when he answered questions from senators at plenary on Thursday.

He said the runway had become necessary in view of the fact that it was as critical as the economy of the country, adding that the runway was constructed over 30 years ago with no major repairs.

The minister gave a guarantee of 10 years, saying that the runway would serve the country for a long time after the repair.

According to him, the runway which is proposed to be shutdown from March will be reopened after six weeks for better service delivery.

He said that while the runway would be shut down for six weeks, repairs would last for six months.

He assured that unlike the Port Harcourt Airport, which was shut down for two and half years because the runway got bad, the repair of the Abuja runway would take only six weeks.

“Closure of runway is not new. It is done all over the world. The action is in the best interest of Nigeria.

“The runway is in dilapidated situation and poses security and safety threat to Nigerians.

“We will complete the maintenance work in six weeks, we will work day and night,” he said.

The minister reassured that the consultation on closure of the airport was however not conclusive and the ministry was opened to other options.

He promised to consult with the Nigeria Society of Engineers in respect of the options available.

Mr. Sirika further said that while the Abuja airport remained shut, the Kaduna airport would serve as an alternative.

He said the Ministry of Aviation was collaborating with Immigration, Ministry of Agriculture, Police and other relevant stakeholders for smooth operations at the Kaduna airport.

The minister did not, however, give estimate of other logistics, including the cost of relocating agencies to the Kaduna airport.

Meanwhile, the Senate has directed Mr. Sirika to return on Tuesday to give further details on the planned closure of the airport.

The order was given on Thursday after Mr. Sirika’s appearance before the lawmakers on the issue.

Senate President Bukola Saraki, who announced the order for the minister to re-appear at the chamber, said that more explanation on the proposed closure, which would last for six weeks, was needed.

The senate also invited the Minister of Power, Works and Housing, Babatunde Fashola, who could not honour the first invitation, to appear before it on Tuesday.

Mr. Fashola is expected to give explanation on maintenance of access roads to the Kaduna Airport, which the Ministry of Aviation plans to use as alternative airport for the period the Abuja Airport will be shut down.

Also to appear before the senators same day is Julius Berger Plc, the contractor billed to handle the project.

Giving reason for inviting Mr. Sirika a second time, Mr. Saraki told journalists that the minister had while briefing the senators, said the planned closure of the Abuja airport was not conclusive.

According to him, the minister said the ministry was opened to consider other options.

“He could not give us the exact amount on the cost of the relocation and logistics and promised to come back with the exact figures.

“He could also not hold brief for the Minister of Power, Works and Housing on the repairs that need to be made on some of the roads.

“The senate therefore resolved to invite the minister back on Tuesday along with Mr. Fashola, Nigeria Society of Engineers, Julius Berger and other stakeholders,’’ he said.

The News Agency of Nigeria recalls that the Senate had on Tuesday summoned the Minister of Transportation, Rotimi Amaechi, to appear within two days over the planned shutdown of the Abuja airport.

This followed a motion by Chairman, Senate Committee on Customs, Excise and Tariff, Hope Uzodinma, and co-sponsored by five other senators.

Buhari admits Boko Haram not defeated until Chibok girls, others are rescued