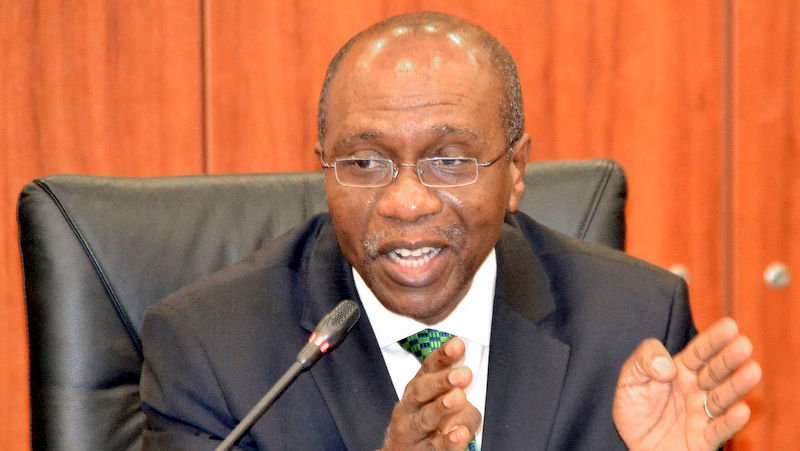 CAN slams appointment of Emefiele as Islamic liquidity corporation chairman

The Christian Association of Nigeria (CAN) on Thursday condemned the appointment of the governor of Nigeria’s central bank as leader of the International Islamic Liquidity Management Corporation (IILMC).

In a statement by CAN’s president, Samson Ayokunle, the association described the appointment of Godwin Emefiele as the IILMC chairman, as unconstitutional and totally unacceptable.

According to CAN, the government’s decision to accept the appointment amounted to denouncing Nigeria as a secular state, in negation of section 10 of the 1999 constitution.

“There have been reports that the IILMC recently appointed the Governor of Central Bank of Nigeria (CBN), Mr. Godwin Emefiele as its Chairman during its 17th Governing Board meeting in Jakarta, Indonesia.

“Section 10 states that The Government of the Federation or a State shall not adopt any religion as State Religion. This action by Nigeria’s government is in clear negation of the constitution, especially this section,” the statement said.

The association re-emphasised its earlier allegation that the Nigerian government plans to make the country an Islamic state.

“What is Nigeria doing in Islamic and Shariah compliant organization? Who authorized the governor of the Central Bank of Nigeria to join this organization? What provision of our constitution supports our membership of a religious association as a secular state?

“When did the National Assembly pass the law to do away with our secular status? When did our Constitution change to allow this alliance that seems to portray Nigeria as Islamic? Is the National Assembly aware of all the treaties regarding these Islamic organizations to which Nigeria is now a member?

“Do we need to repeat our concern that almost all the heads of security paramilitary agencies in Nigeria today are Muslims as if Christians have become second class citizens or rather lack competent officers to in charge! Has Nigeria become an Islamic state?,” CAN queried.

CAN said the situation goes against the plans of Nigeria’s founding fathers, adding that the association’s concerns do not imply that it has any thing against Nigerian Muslims.

“This is not the Nigeria dreamt of by our founding fathers and it is high time the government woke up to its constitutional responsibilities.

“Christians have equal rights with our Muslim counterparts since the 1999 Constitution recognizes the multiplicity of religions and we will no longer pretend as if all is well with Nigeria.

“Let it be stressed here that we love our Muslim brothers and sisters in this nation and we are aware that we cannot do without one another.

“However, we need to drum it loud to the ears of this present administration to always consider our plural state in terms of ethnicity and religion and ensure balance not only on the issue of appointments but on other issues which would continue to portray the government as being partisan towards one particular religion.”

Mr. Emefiele was appointed leader of the IILMC on December 15 in Jakarta, Indonesia.

The organisation is also charged with the responsibility of enabling a future global finance industry with greater connectivity, stability and sophistication.