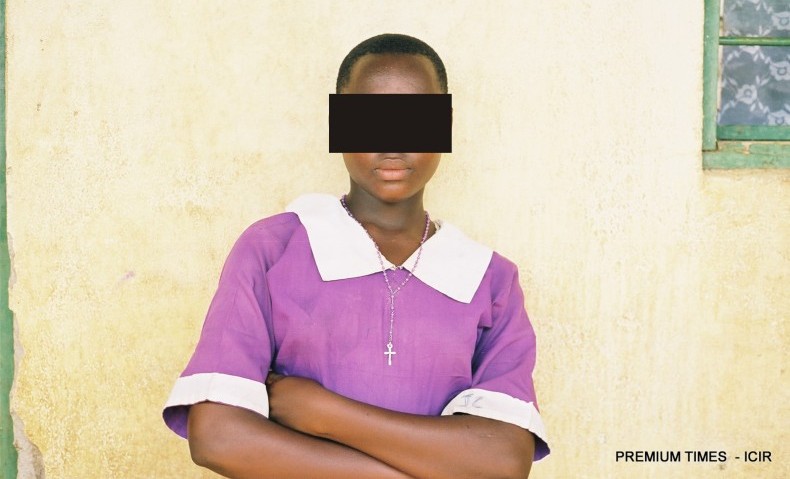 Nigeria and the challenge of ending Female Genital Mutilation

“I am in my late 50s with shattered aspirations; no husband, no children or a family of my own due to the barbaric practice of female genital mutilation that was carried out on me when I was a two-year old,’’ says Rosaline Nkwo (not real names).

“My mother told me that my case was a peculiar one because it was done without Anaesthesia and I struggled so hard when I could not stand the searing pain arising from the bad cut that had to be stitched.

“This barbaric act led to an irritating formation of Keloids and scar tissues around my genitals which scared men whenever they try to get intimate with me.

“This crashed my two marriages and made me become lonely, angry, useless, lost, abandoned and hopeless’’.

These are the heartbreaking statements of a 57-year-old trader in Lagos who became aware of her situation at 21, when her first husband became irritated by the sight of her genitals on her wedding night and later divorced her.

She laments that she could not afford the expensive bills for corrective surgeries and decided to accept her fate by living the rest of her life anger, unhappiness and depression.

Nkwo is just one of many Nigerian women undergoing similar harrowing experience forced on them by the harmful practice of FGM.

According to the World Health Organisation, WHO, FGM includes all procedures involving the partial or total removal of the external female genitalia for cultural and non-medical reasons.

It is estimated by the WHO that over 40 million girls and women in Nigeria have undergone FGM, with the nation having 41 per cent prevalence. WHO says Nigeria has the highest absolute number of FGM cases in the world.

Damilola Obinna, a gender analyst with the United Nations Fund for Population Activities (UNFPA), notes that there are three sorrowful milestones for the girl child — the day of circumcision, the wedding night (the fear of painful sexual intercourse) and the day she would be having a baby.

Mrs. Obinna says FGM is highest in the South-West Nigeria, in spite of the geopolitical zone’s high literacy and awareness rate, adding that the statistics was arrived at after a survey was carried out by UNFPA in collaboration with UNICEF in 2015.

Narrating her plight, another victim of FGM, Nneoma, 36, and mother of two, recalls when she became aware of her situation and how it has been affecting her marriage.

She says she is confused on whether to curse or forgive her mother for being responsible for her marital troubles.

Ms. Nneoma said that the situation made her worthless to her husband as she cannot satisfy him sexually, which is making him to engage in extramarital affairs.

“I had my two children through caesarean section; the doctor said it was due to FGM, my vagina opening is so narrow. It made intercourse painful that I try to avoid sex as much as possible; and I cannot satisfy my husband sexually.

“When I hear people talk about sex as a pleasurable act, I still cannot understand it because my experience has been a painful one. I feel different and uncomfortable among other women.

“It has not been easy, but I have to accept and live with my husband’s extramarital affairs and I do not blame him at all because FGM could not allow me to fulfil my marital roles as a wife and I will forever blame my mother for my predicament,” Ms. Nneoma said.

Oyefunsho Orenuga, Senior Programme Officer, Inter-Africa Committee on FGM-Nigeria, says FGM is performed in Nigeria for cultural reasons that are considered important for the socialisation of women.

She says it is also meant to curb their illicit sexual appetites and prepare them for womanhood and marriage.

Orenuga notes that there is no place in the Bible or Quran where FGM is encouraged, yet Christian and Muslim adults have had FGM performed on their daughters and female relatives.

She says that the persons who carry out the circumcision in the country are known as ‘grand-aunties’, “Wazaris’’ in the north, local barbers or local circumcisers and they are paid for their services.

According to her, the clitoris that is cut off is given to the parents of the victim to bury deep in the ground or in cracked walls. They believe if animals eat the clitoris, the circumcised girl will become promiscuous.

She also says that there are known cases of traditional circumcisers selling the clitoris to people who use it for preparation of special local herbs.

“Some communities believe that the clitoris contains powers strong enough to damage a man’s manhood or to kill a baby during childbirth, while in some communities, normal female genitals are considered ugly, unclean and unattractive unless they are subjected to FGM,’’ Ms. Orenuga said.

In spite of its cultural importance, FGM has drawn considerable criticisms because of its potential for both short-term and long-term medical complications, as well as harm to the reproductive health and infringement on women’s rights.

Jide Idris, Lagos State Commissioner for Health, identified some of the immediate consequences of FGM to include severe pain, bleeding, shock, difficulty in passing urine, infections, injury to nearby genital tissues and sometimes death.

Mr. Idris says that the procedure can result in death through severe bleeding — leading to haemorrhagic shock, neurogenic shock as a result of pain and trauma, and overwhelming infection.

In his views, Oliver Ezechi, a consultant gynaecologist with the Nigerian Institute of Medical Research, says that in addition to the severe pain during and in the weeks following the cutting, women who have undergone FGM experience various long-term effects which can be physical, sexual and psychological.

Mr. Ezechi says that the pain inflicted by FGM does not stop with the initial procedure, but often continues as continuous torture throughout a woman’s life.

“Consequently, sexual intercourse is frequently painful during the first weeks after sexual initiation and the male partner can also experience pain and complications.

“When giving birth, the scar tissue might tear or the opening needs to be cut to allow the baby to come out.

“After childbirth, such women are often sown up again to make them `tight’ for their husband (reinfibulation). Such cutting and re-stitching of a woman’s genitalia results in painful scar tissue,” Mr. Ezechi said.

Another gynaecologist, Angela Suru, also adduced that FGM affects women and young girls in various ways such as infections (genital abscesses) and problems in having sex.

She says they also have problems in childbirth as there will be the need to cut the vagina to allow delivery and the trauma that results, often compounded by re-stitching are common.

The tales of women and girls going through the consequences of FGM also evoke a deep sense of compassion and concern from mental health practitioners who say that FGM is associated with a wide range of long-term health and psychological problems.

They identified depression, anxiety disorder, suicidal instinct and other mental illnesses in survivors of female genital mutilation, warning that such illnesses should not be ignored.

He says they have been subjected to early childhood abuse.

Mr. Akinwotu says there is an increased risk of depressed mood with reduced social functioning, worthlessness, guilt, anger and even suicidal ideation and that limited mobility also increases social isolation and role loss in society.

A clinical psychologist, Nathaniel Ayodeji, says that the psychological trauma that women experience through FGM often stays with them for the rest of their lives.

Mr. Ayodeji says there is an urgent need for intervention programmes to fight the stigma and fear that stop these women from getting the help they need, and let them continue to silently suffer mentally, emotionally and physically.

Also, Dare Tanko, counsellor and director, Emotional Development Academy, urges women who have survived FGM that rather than staying depressed and wallowing in their situation, they need to find a purpose in their predicament by becoming a voice of advocacy and hope for themselves and others.

Mr. Tanko said that survivors should lead the movement to end FGM by making a project of their plights and challenges.

“These women feel low self-esteem, bitterness against men and cultural guilt. But with the help of a mental health expert, they will be able to channel their anger to deal with their situation positively.

“Such situation is not a `lost hope’ but the beginning of hope, where others who have refused to speak up about their situation will begin to see solutions, respite and light in their predicaments,” he said.

Treasure Uchegbu, Programme Manager in the Mental Health Foundation, also suggests inculcating FGM into health plans, so that professionals are adequately trained to address the psychological impact of FGM.

Mr. Uchegbu says it can also accelerate the process of eradicating FGM and also deal with the difficulties that survivors currently face.

Emmanuel Owoyemi, Founder, Mental Health Foundation, Lagos, says that supporting survivors is an important component in the move towards helping them to live positively with their situation as well as end FGM in the country.

Mr. Owoyemi says that establishing therapeutic support groups can provide a safe space for women who have experienced FGM will also help them.

“For survivors to be willing to speak about their mental health issues, it is necessary to create a more acceptable environment, such as the therapeutic support groups.  This can be done by raising awareness within the health and education sectors.

“There is also the need to work with professionals, campaigners and survivors to plan how to deliver and embed these services in the health system,’’ he said.

Mr. Owoyemi noted that the harrowing experiences of these women and girls have compelled the federal and some state governments to make laws and measures to stop the practice and save many innocent girls-children.

“There is a federal law outlawing the practice in Nigeria, the Violence Against Persons (Prohibition) Act (VAPP), 2015, yet the practice continues.

“A strict enforcement of these laws against FGM is also required to stop this barbaric practice and save our women and girls from lifetime physical, health and emotional torture,” says Mr. Owoyemi.