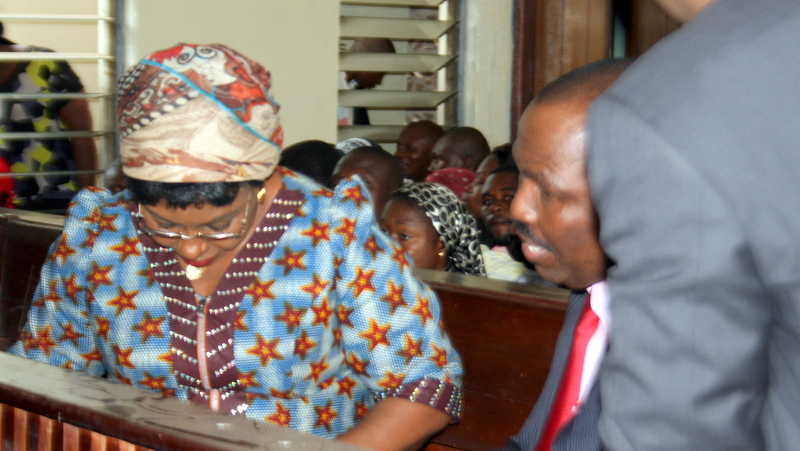 Proceedings in the planned arraignment of Angela Uwakwem, Emmanuel Ajayi and his company, Swiss Biostadt Limited, by the Economic and Financial Crimes Commission,, began on a controversial note Tuesday as Justice Florence Duruoha Igwe of the Imo State High court Owerri granted the accused persons bail without first taking their plea.

Her lordship upheld the arguments of the defence counsel, Chukwuma Ekomaru (SAN), that the accused persons cannot take their plea until the application challenging the jurisdiction of the court is determined, a statement by EFCC spokesperson, Wilson Uwujaren, said.

Prosecuting counsel, Mainforce Ekwu had argued that the correct position of the law was that the plea of the accused persons be taken before the application for bail can be considered, and only then can the objection to quash the charges for lack of jurisdiction be heard.

But Justice Igwe ruled in favour of the accused.
“I am minded to consider the application challenging the jurisdiction of the court before taking the plea of the accused persons, and will also take the accused motion for bail before their arraignment and plea,” the Judge said.

In view of the ruling, Mr. Ekomaru (SAN), and Ugeh S. Ogidi, counsel for the first and second accused respectively, moved their motions for bail for the accused persons.

The court granted the accused persons bail, and ruled that each of the accused produce one surety each, with landed property in Owerri and evidence of two years tax clearance, and must each enter a bond of N1,000,000.00 (One Million Naira only).

Justice Igwe then adjourned to January 24, 2017, to consider the motion challenging the jurisdiction of the court.

Why we can’t reduce DSTV subscription charges in Nigeria — MultiChoice