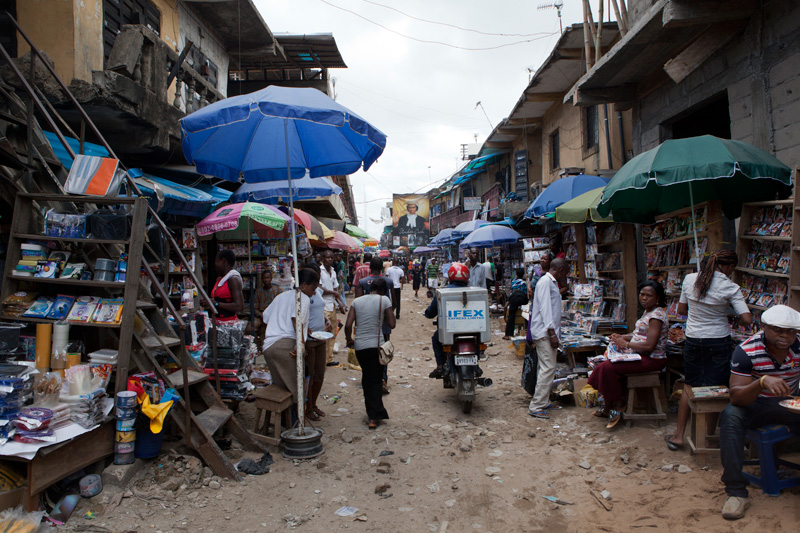 Igbo traders in Lagos under the aegis of Igbo Traders in All Progressives Congress, APC, have urged the Lagos State Government to increase its interaction with them for better understanding.

The traders made the demand in a communiqué issued at the end of their maiden meeting in Lagos at the weekend.

They said increased government engagement with them would ensure better understanding of their needs and the challenges they were faced with at the various markets in the state.

According to the communiqué presented by Erondu Chinedu, the co-ordinator of the meeting, the traders sought an end to what they called “discrimination against the Igbos on levies and taxes at the various markets”.

They also demanded for more inclusion of Igbos in the political affairs of the state to give them a sense of belonging.

Mr. Chinedu said the members of the association were law abiding and they would continue to relate harmoniously with the people of the state.

Earlier, Odus Ikejiobi, the President-General of the association. said the traders were in support of the administration of Governor Akinwunmi Ambode and the APC.

He said Igbo traders had contributed immensely to the state`s economy and were passionate about its development.

“We are Igbo traders from all parts of Lagos. Some of us were born here, while others had their children here, so we are part of the state`s economy.

“We believe Lagos is our home and we need to protect it. That is why we are pledging our unalloyed support to the administration in the state.

“We also support our great leader, Asiwaju Bola Ahmed Tinubu; he is a detribalised Nigerian who has made Lagos a home for us all.

“We are in support of his politics because we know he means well for the state and the nation.

“We believe in the APC and we will continue to support the party both at the state and national level to take the nation to greater heights,” he said.

Mr. Ikejobi said the traders believed in the “Change” agenda of the Federal Government and urged other Igbo traders who were yet to join the train to support the current administration in its effort.

He urged the state government to reciprocate the traders` gesture by addressing the challenges faced by members in all the 52 affiliated markets in the state.

Ganiyu Ajose, a representative of the APC at the meeting, commended the traders for declaring their support for APC and the state government.

He said the Igbos were part of the builders of Lagos and promised that the state government would continue to provide the right atmosphere for their businesses to thrive.

Mr. Ajose said he was impressed by the large turnout of traders at the inaugural meeting, adding that this was an indication that the traders had actually aligned with the ruling party.

He urged the traders to move beyond the declaration for the party and start working for the progress of APC in the state.

“The Igbos are part of Lagos, we recognise you. I urge you to be resolute in your support for our party, the state government and our leader, Asiwaju Tinubu.

“We will do all our best to provide the atmosphere for you to succeed. We are partners in progress and we will work with you to achieve a greater Lagos,” he said.

The News Agency of Nigeria (NAN) reports that traders from markets across the
the state attended the meeting.

Some of the markets represented by traders at the meeting included markets in Iyanapaja, Ajah, Apapa and Festac.