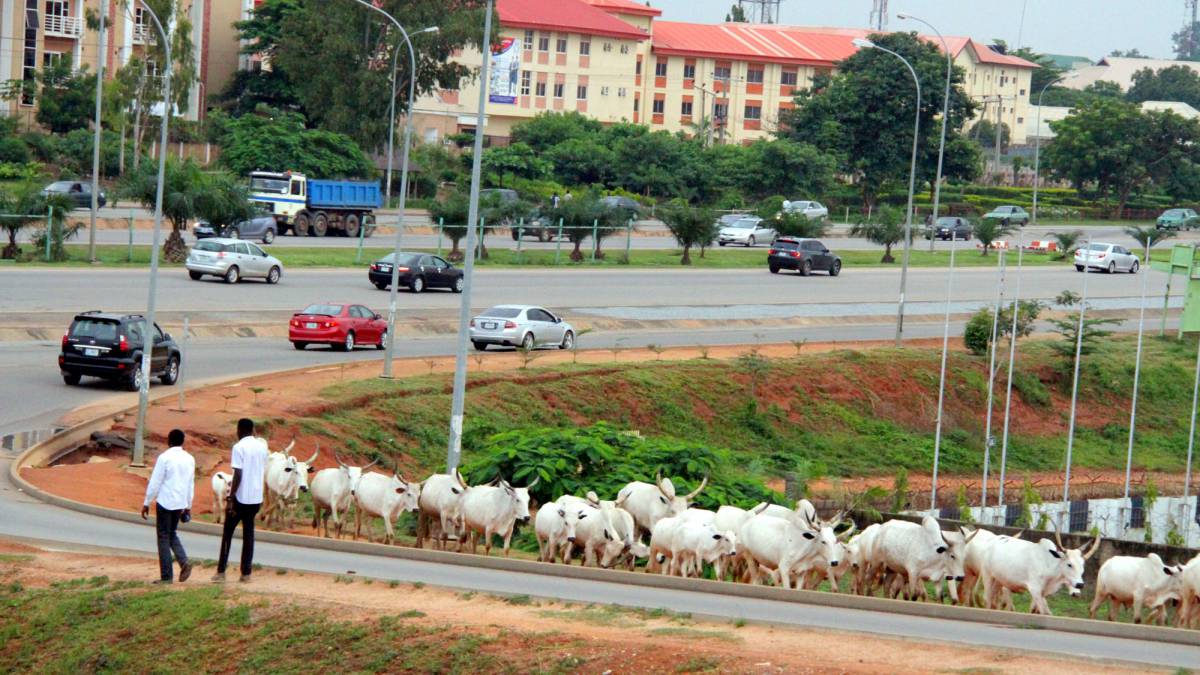 After several months of complaints by residents, the Abuja administration has decided to go tough on movement of cattle within the metropolis of the Nigerian capital.

The Minister of the Federal Capital Territory, Muhammad Bello, has therefore inaugurated a task team led by Abdullahi Monjel to keep the cattle off the streets of Abuja.

The News Agency of Nigeria reports that Mr. Bello, at a meeting with members of the Miyetti Allah Cattle Breeders Association of Nigeria, directed the association to nominate some of its educated young men to be part of the committee.

He reiterated that herdsmen must move their cattle out of Abuja city.

“You have to understand that when Abuja Environmental Protection Board says cattle should not roam the city, it is not because they want to prevent cattle breeders from raring cattle in the FCT. Basically, it is just for safety. It is for safety of your cattle and above all, safety of the citizens.

“In a modern city, it’s not possible for animals and vehicles to move together on the roads because this could cause accidents which in some cases could be fatal, and it is our duty to protect lives and property,” the minister said.

The decision by the Abuja administration comes a few days after the Ekiti State government inaugurated a security team to enforce its ban on  free range cattle grazing in the state.

The law in Ekiti prescribes six months imprisonment without an option of fine for offenders.

It also bans movement of cattle in the state after 6 p.m. and mandates that cattle be kept on certified ranches.

An Abuja resident, Akinwumi Olurotimi, had, in a Facebook post, narrated how cattle damaged his car in  the city.

“As I was driving home to Gwagwalada, Abuja, a Fulani herdsman was moving his herds on the road to my house. I pulled over so that the cows could have a free movement since they had taken over the whole road. Behold, the Herdsman refuse(d) to control his cattle and one of them broke my car’s driver side mirror where I was parked waiting for them to pass. The Fulani herdsman told me plainly that I should have moved my car away from the road completely to enable the cows pass. In fact, an Okada rider who apparently is a Fulani guy threatened to attack me if I don’t move my car off the road while other passerby were pleading on behalf of the unruly herdsman”, the post read.

Elsewhere in April this year, two persons died after  a truck loaded with sand rammed into a herd of cattle, at Obada Oko axis, off  the old Lagos-Abeokuta expressway.

Similarly, in July, no fewer than 13 people were killed after fire gutted five vehicles at the Mowe end of the Lagos-Ibadan Expressway as a result of fuel spillage from a petrol tanker, which fell while trying to avoid a herd of cows that strayed into the highway.

On Tuesday, Mr. Bello said the Abuja administration has moved to identify new grazing reserves that will cater for the herdsmen and their cattle.

“A total of 33,485 hectares have already been earmarked for grazing reserves to cater for about 7 million herds of cattle comprising of Paikon Kore 8,500 hectares; Karshi 6,000 hectares; Kawu in Bwari 9,000; hectares and Rubochi in Kuje which is 9,985 hectares,” the minister revealed.