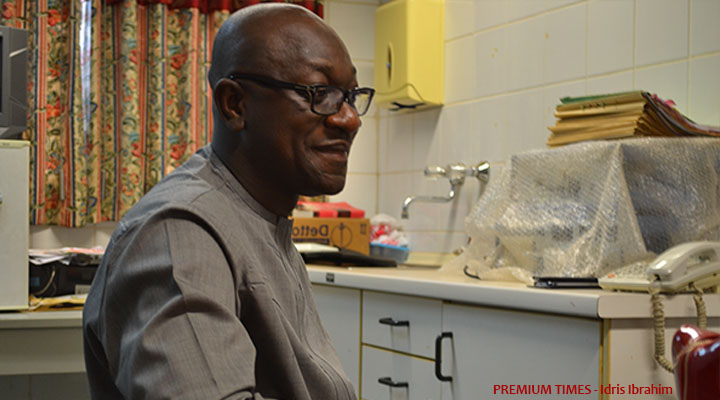 He said the move was to disprove claims that he was a regular drug abuser and had been acting under the influence of drugs.

Mr. Jibrin arrived the private wing of the hospital at about noon and was received by the hospital’s deputy director in charge of  clinical services.

He then proceeded to the record department to obtain registration card, after making a payment of N15, 540.

He thereafter proceeded to the laboratory where his samples were collected for chemical pathology test. 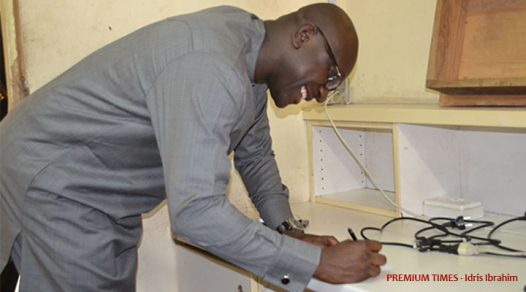 Mr. Jibrin said he embarked on the test following reports that his allegation of corruption against the Speaker of the house, Yakubu Dogara, and some principal officers of the House, was influenced by hard drugs.

The Deputy Director, Clinical Services, Mr. Jawa, a consultant in Nuclear Medicine, said the results of the test would only be made public at the request of the patient.

“We have taken blood fluid samples for substance abuse from the person in question and we hope that in the next three to four days, the results will be available.

“Once these results are available, we will make them available to the patient and with his consent, if he allows us, we will make it public,” Mr. Jawa told PREMIUM TIMES.

Mr. Jibrin spoke to our reporter after the exercise.

“As you are aware, I have been making a lot of revelations about issues of corruption in the House of Representatives and that has created a lot of issues,” the lawmaker said.

“A lot of allegations has also been thrown at me and I have responded to all. Most of the allegations turned out to be false and I think as a last resort, Speaker Dogara, and the three others that I accused have been sponsoring a very massive media campaign against me, that everything I am saying, I am under the influence of hard drugs.

“So I am not taking that allegation lightly, because in the next few days, again I am going to release more shocking revelations.

“So I want Nigerians to be convinced beyond reasonable doubt that I am not talking under the influence of any kind of drug whatsoever. I don’t even drink alcohol, I don’t smoke even cigarette. 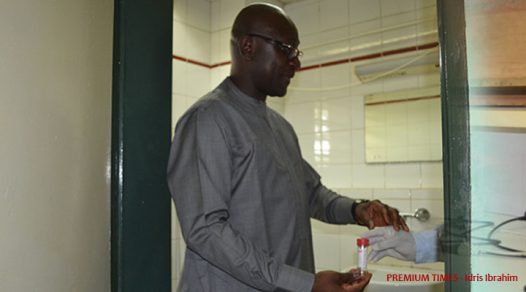 “So what I did was to first conduct test of different categories of drug and it all came out negative. Then I took the next stage, I went to a credible facility in Abuja.

“They conducted all categories of test on me and again everything turned out negative and I now took out the final stage, which is unprecedented in the history of this country. This is the first time that a public officer in Nigeria, high profile officer, will subject himself to a public test for drugs.

“So I wrote officially to the CMD of the National Hospital that they should give me appointment to conduct drug test on me, of which they granted me the appointment for today. 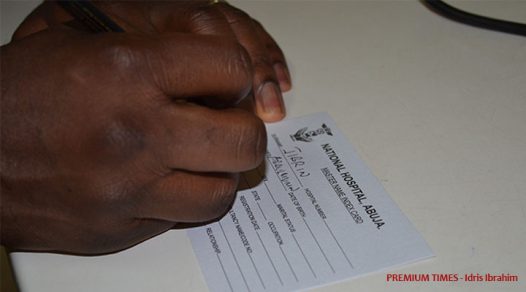 “And I have gone to the hospital, they received me very well today and all the processes were done, samples were taken from me and I am also waiting for the result, which I am going to make public.

“So with these three results, we should be able to put the matter to rest that I am not under the influence of any kind of drug.”