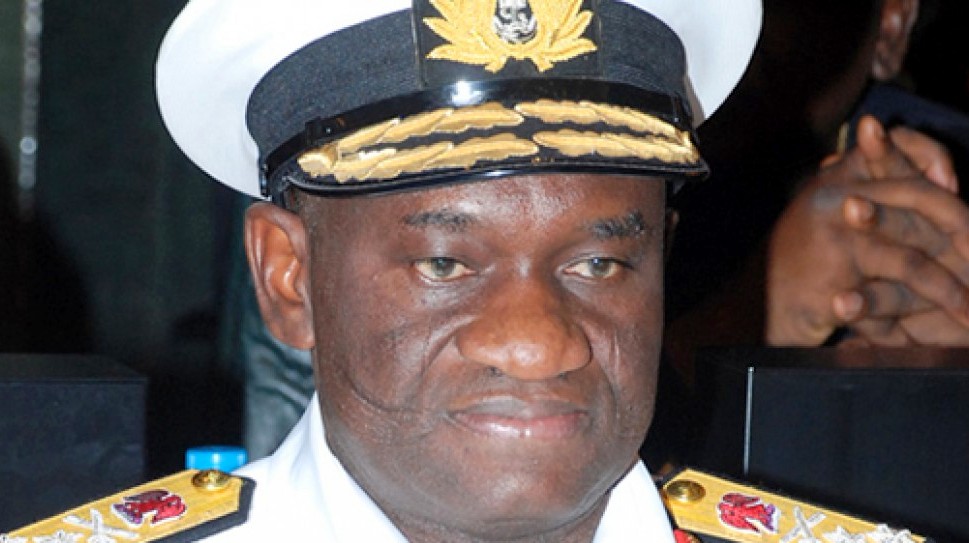 Justice A. S. Umar of the FCT High Court sitting in Maitama on Wednesday granted bail to a former Chief of Naval Staff, Usman Jibrin, and two others for an offence bordering on criminal conspiracy brought against them by the Economic and Financial Crimes Commission, EFCC.

Others are retired rear admirals, Bala Mshelia and Sheu Ahmadu.

They were arraigned alongside Harbour Bay International Limited by the anti-graft agency on Tuesday, September 27, 2016.

The former naval chiefs, whilst in office, allegedly bought a house worth N600million from the account of Naval Engineering Services without the said purchase contract being captured in the budget.

The EFCC said that the documentation for transfer of ownership of the property was done such that a private company owned by the family of the first defendant (Vice Admiral Jubrin) became the buyer.

Justice Umar, after taking their pleas, adjourned to Wednesday for hearing on the bail application.

Mr. Maikyau argued that, “the offence for which the 1st defendant is charged is bailable by virtue of Section 42 (1) and (2) of the Corrupt Practices and other Related Offences Act 2000.”

He further stated that the defendant is a retired Rear Admiral of the Nigeria Navy and former Chief of Naval Staff who voluntarily honoured the invitation of the EFCC and remained cooperative throughout the investigation leading to his charge.

According to him, Mr Jibrin complied with the conditions upon which he was granted bail by the EFCC and did not in any way interfere with the investigation.

On his part, Olatunji Salawu, who stood in for A. M. Kayode, representing Mr. Mshelia, urged the court to admit his client to bail on “a very liberal term”.

He pleaded that, the accused person if granted bail, would be available to stand his trial.

Similarly, Ahmadu’s counsel, A. G. Duku, aligned himself with the arguments of the other two counsels to seek bail for his client, adding that “the second defendant will not be able to adequately prepare his defence while in custody as the circumstances surrounding his charge occurred in the course of his obeying instructions of his superior”.

Counsel to EFCC, Faruk Abdullahi, opposed the bail of the first and third accused (Jibrin and Ahmadu), while raising no objection to the second accused prayer.

He said Mr. Jibrin had the financial muscle and status to interfere with the prosecution witness if admitted to bail.

Mr. Faruk also urged the court to consider the gravity and rampancy of the offence. He invited the court to refuse the application and instead order an accelerated hearing of the matter.

After listening to the arguments for and against the application, Justice Umar, who consolidated the three applications, ruled that the defendants were entitled to be granted bail as it was their constitutional right.

He granted the accused persons bail in the sum of N100 million each and two sureties each in like sum.

The judge also ordered that the accused persons be remanded in the EFCC custody pending the fulfilment of their bail conditions.

The case has been adjourned to November 14 and 15 for commencement of trial.

Nigerian government yet to decide on asset sale – Minister