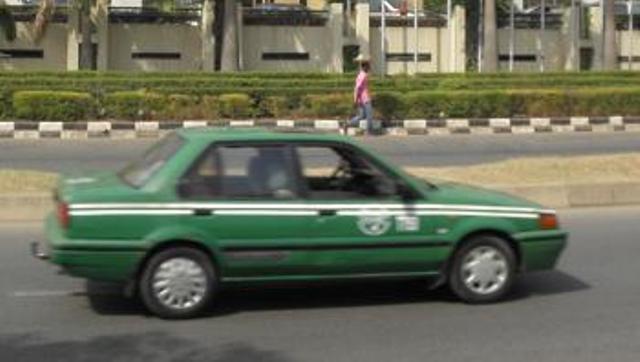 How robbers pose as taxi drivers to attack Abuja residents

When Jennifer waved down a cab at Sheraton Junction in the Wuse district of Abuja that fateful night, she never imagined the trouble that loomed ahead of her.

A hairdresser at a salon in the prestigious hotel that the junction is named after, the young woman usually works late and would trek the short distance to the junction to connect a taxi to Berger Junction for another vehicle to take her home.

When the car stopped that night, she thought nothing of the fact that it was not painted in the colour of the city’s registered taxis. It was about 10.30pm.

Jennifer told the driver where she was going and he asked her to get in the car. But a short distance later, the taxi took an unusual turn off the route.

“When he diverted from the main road, I asked him why,” the hairdresser, who refused to give her second name, narrated to PREMIUM TIMES.

“He said he was avoiding the cops ahead on the road.

“The street that he took was dark and lonely. So when he parked at the end of the street, I became terrified. Suddenly, he brought out a knife and asked me to surrender all the things I had on me.

“‘Why are you doing this to me?’ I asked him. But he said if I said anything again, he would slice me.

“He took everything on me. My iPad, handbag, phone and money. He then kicked me out of the car and drove off.”

Jennifer was just another victim of hoodlums who are daily devising new ways to rob in in the Federal Capital Territory.

Such incidents are reported in the city almost on a daily basis.

Sometimes, the criminals do not pose as taxi drivers.

One happened a week before Jennifer’s experience, near Silverbird Gallery. On this occasion, the victim, also a lady, was stripped naked after she had been robbed.

According to our findings, the robbers work as a gang in many instances. Posing as a taxi driver specializing in hire service, or “drop” as it is known in Abuja, a gang member would hide in the boot of the car, until an appropriate spot when the driver would pull over and pretend to check something in the boot.

The other gang member would then spring out and they would proceed to overpower and rob the unwary passenger.

In a particular incident in the Abuja metropolis, armed men who robbed a lady one night, took her at gunpoint to a nearby ATM machine to withdraw more cash from her account.

The story was told also by Jennifer.

“The man who helped me the day I was robbed told me about a lady who was robbed and was forced to use the ATM to withdraw all the money in her account”, she recounted.

This new way is different from the more familiar “one chance” and Advanced Fee Fraud (419) techniques commonly known to many passengers.

PREMIUM TIMES spoke to some taxi drivers about why some of their colleagues are taking to crime.

One of the respondents, Jeff ID, however argued that the robbers were either not genuine taxi drivers or were people with criminal tendencies before taking to the commuter service trade.

Jeff said he has a job that gives him monthly salary, he only engages in driving after work hours to supplement the salary.

“It is greed and selfishness that make those people who use taxis to rob to do that”, he said.

He advised commuters to always be very careful with taxis, whether the cab is painted or not.

“Commuters should be very careful when boarding any car. It is not about colour taxi. Stealing is a thing of the mind”.

But Chinedu Nwaba, another taxi driver, insisted that those robbing passengers usually drive unpainted taxis. He said the painted taxis are registered and can easily be traced when involved in criminal activities.

“They are not our members. Our members drive registered painted taxis.

“Those who do such things are the unpainted taxis. We have advised passengers not to be (patronizing) unpainted cars to avoid this kind of thing because all painted taxis are numbered and can easily be traced”, said Chinedu.

In the recent past, Abuja has recorded many forms of criminal activities like car snatching, kidnappings and assassinations.

This is giving residents serious concerns. But the police said they are aware of the development and are on top of the situation.

FCT Command spokesperson, Mr. Awunah, a deputy commissioner of police, urged people against patronizing unpainted taxis and that they should board from designated stations.

“The FCT Command has come up with strategy in curbing the situation and has even made some arrests in connection to that.

“Most of the victims of such crime are those people who usually board unpainted cabs. They don’t enter the cabs from the right bus stations”, he said.

Why Buhari should not sell national asset– Senator