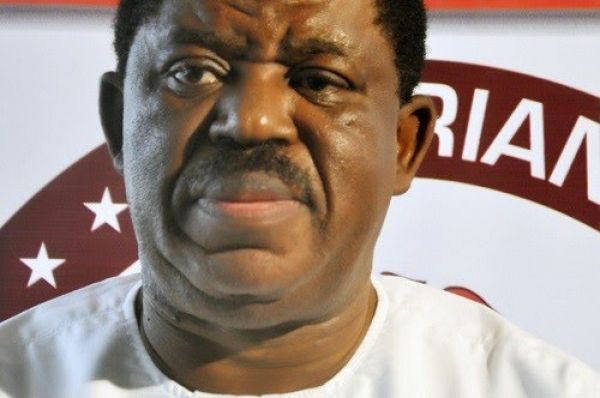 A former governor of Ebonyi State, Sam Egwu, has described a member of the House of Representatives, Abdulmumini Jibrin, who has raised allegations of “budget-padding” against house leaders, as an “attention-seeker”.

He wondered why Mr. Jibrin spoke out only after he had been booted out of office as chairman of the appropriations committee.

“Jibrin could have made the allegation long ago, as I’m aware that many legislators wanted to belong to the appropriations committees of both arms of the National Assembly,” Mr. Egwu said at his home in Umuebe, Ohaukwu Local Government, Area of Ebonyi state.

“We all heard of issues of budget padding which among other things, gave rise to the controversies surrounding the 2016 budget,” he said.

Mr. Jibrin says the speaker of the House of Reps, Yakubu Dogara, and other leaders inserted fake projects worth billions of naira into the 2016 budget.

But Mr. Egwu said before Mr. Jibrin’s allegation came up, legislators who belonged to the appropriation committees had alleged that Mr. Jibrin was the cause of the problems experienced in passing the budget.

“The legislators even alleged that Jibrin hijacked the budget appropriation process and handled the whole process and executed its activities alone.

“One can then ask why he is shouting now as he should be among those that should be investigated having been part of the process from the beginning,” he said.

He said such powers should however be temporary to enable the National Assembly come up with a permanent solution through a bill that would remove the “bottlenecks” that may delay executive policies.

“In the National Assembly, I have set up a proposal and I think I don’t know much about the president’s proposal; the little I read about it is power on virement on the issue of procurement and as former Minister of Education, I am aware that the process of procurement takes lot of time,” he said.

“There is no reason why in trying to embark on project, you spent three months trying to process it, you must go through a number of processes and at the end of the day the project is suffering. So, that aspect has to be fixed and when the president approaches the National Assembly on the emergency powers to tackle this, I will support him because I like to look at things objectively.

“We have come up with a bill in the house aimed at removing these bottlenecks and I think it should be a more permanent solution while the powers being sought by the president should be a temporary one until the bill has been passed. So I will support that aspect.”

Mr. Egwu blamed the current economic recession experienced in the country to the recklessness of past leaders on economic matters, with the populace also being culpable.

“The country imported virtually every item without paying attention to production with the populace having the wrong notion that all locally-made goods are inferior,” he said.