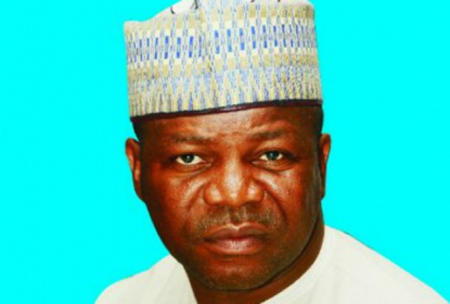 Mr. Audu was arraigned before a Magistrate Court in Lokoja.

Operatives of the police Special Anti-Robbery Squad arrested Mr. Audu and about 15 other family members on Wednesday.

They arrests were in connection with an attack on the late governor’s younger brother, Yahaya Audu, in the family’s ancestral home of Ogbonicha, Ofu LGA of Kogi State.

The prosecuting police officer, Gabriel Otowu, told the court that the accused allegedly conspired with others to commit the offences against his uncle, Yahaya, on August 30.

It was not immediately clear whether the other family members faced same charges.

Yahaya Audu was reportedly attacked by community members in Ogbonicha, aggrieved with Governor Yahaya Bello’s government. He was assaulted for receiving an award from the government, on behalf of the Audu family.

PREMIUM TIMES could not confirm whether Mohammed Audu had a role in the attack.

Mr. Otowu told the court that Yahaya and another man, Ibrahim Immam, were in their family compound at Ogbonicha when the alleged offence took place.

He said in Yahaya alleged that hoodlums armed with guns, cutlasses and axe criminally conspired and invaded his compound pretending to be visitors.

He said Yahaya “ignorantly” welcomed the people, who asked him to give them “something no matter how small”.

The prosecutor said as the complainant walked towards his vehicle to give them money, the people attacked him from behind with a machete and “thoroughly” beat him up.

He said the suspects inflicted injuries on the complainant and shot sporadically into the air.

Mr. Otowu said the complainant fell to the ground and pretended to be dead and the hoodlums attempted to carry him before he ran into the bush and escaped.

He also said the attackers broke the windscreen of his jeep and made away with his Samsung handset.

The prosecutor also said the complainant and Mr. Imman sustained bullet wounds and were later rushed to the Specialist Hospital, Lokoja, for treatment.

He said police investigation led to the arrest of Mohammed Audu who had allegedly threatened Yahaya for daring to befriend Mr. Bello’s government by receiving the posthumous award.

In his submission, Okechukwu Ayewu, leading seven other lawyers for the accused, urged the court to grant his client bail in line with the constitution and the Criminal Procedure Code.

Mr. Otowu, however, did not object to the bail application but urged the court to use its discretion.

The Magistrate, Alhassan Husaini, admitted Mohammed Audu to bail in the sum of N100 thousand with a surety in like sum.

He adjourned the matter to September 29 for further proceedings.