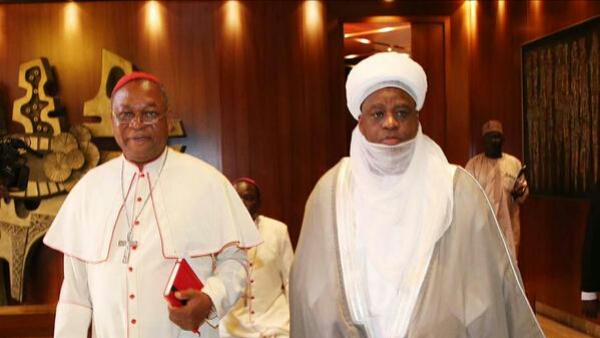 Media reports that the Sultan of Sokoto, Sa’ad Abubakar, declared September 12 as public holiday for the Eid-El Kabir celebration is false, PREMIUM TIMES check has shown.

Reacting to the alleged declaration by the Sultan, a group of 22 Christian organisations accused President Muhammadu Buhari of abdicating his functions to the Sultan.

In a statement signed on their behalf by the Chairman of National Christian Elders Forum, Solomon Asemota, the organisations said the development gave credence to their earlier claims of a secret plan to Islamise Nigeria.

“We unequivocally wish to state that it is very improper for the head of the Islamic faith in Nigeria to announce, declare, or extend Public Holidays. This is the function of the Federal Government and need not be abdicated,” Mr. Asemota said in his statement published by several Nigerian media.

“Again, we have no objection whatsoever to the Muslim Public Holiday but our concern is that in a secular society as enshrined in Section 10 of the Constitution, the responsibility of declaring or announcing a religious Public Holiday is vested in the Federal Government and such responsibility is sacrosanct.”

The groups cited a story published by Vanguard Newspaper on September 3, as their basis for believing the Sultan actually declared a public holiday.

A review of the Vanguard story, however, shows no such statement was made.

Mr. Abubakar, through the Jama’at Nasril Islam, JNI, which he heads, only announced Monday as the day of the Islamic Festival, Eid-el-Kabir.

“The Sultan of Sokoto, Alhaji Sa’ad Abubakar III, has announced Monday, Sept. 12 as the Eid-El-Kabir Day, 1437 AH. This followed the declaration of Saturday, Sept.3 as the 1st of Zulhijja, 1437 AH,” the Vanguard Newspaper stated.

A review of the statement sent by JNI also shows the Sultan never declared any public holiday.

It is not clear how the Christian groups came to their conclusion that the Sultan declared a holiday and why many Nigerian newspapers, knowing the premise was false, did not let their readers know that.

The man who signed the JNI statement, also questioned the the false rumour of the Sultan’s declaration.

“How could he say that?” Khalid Aliyu, the Secretary General of the JNI told PREMIUM TIMES. “I had given a press release signed by me on Monday on behalf of the Sultan. He never declared any public holiday, because it is not part of his domain.”

“Being the Muslim leader, he informs his followers that certain days are set aside for one aspect of worship or the other. But declaring a public holiday; this is the specific right of the government,” he added.

While the false story of Mr. Abubakar’s alleged public holiday declaration generated controversial reactions on social media, the Federal Government on Wednesday declared Monday and Tuesday next week as public holidays to mark the Islamic festival.

The Federal Government consults with Islamic and Christian leaders when fixing public holidays for religious festivals that have no fixed date like the Eid-el-Kabir and the Easter celebrations.