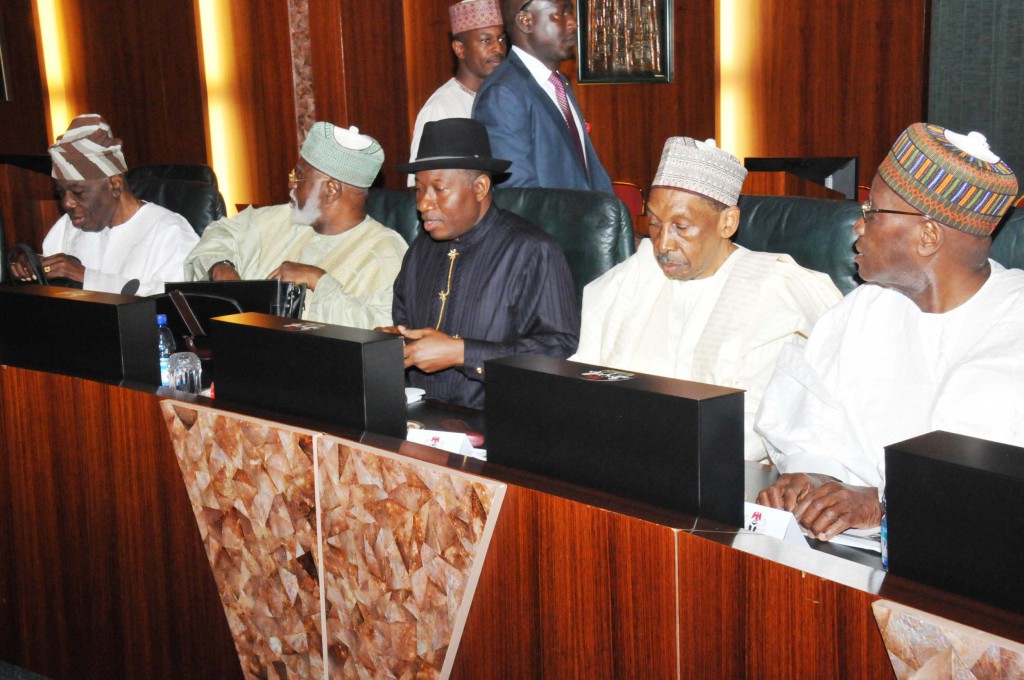 Former President Goodluck Jonathan attracted the most attention Wednesday as he attended his first Council of State meeting as a former president.

The council, which comprises all former presidents and heads of states, as well as vice president, governors, Senate president and House of Representative speaker, is currently meeting.

President Muhammadu Buhari is chairing the meeting at the presidential villa, Abuja.

Former heads of state, Abdusalami Abubakar, and Ernest Shonekan, are also in attendance.

But Mr. Jonathan stole the show as journalists and photographers turned their attention on him. This is the first time Mr. Jonathan is attending the Council of State meeting since he left power in 2015. He did not attend October’s meeting.

Wednesday’s meeting is expected to ratify the appointment of the Inspector General of Police (IGP), Ibrahim Idris.

INEC currently has six national commissioners out of 12, while 21 out of 37 Resident Electoral Commissioners are yet to be appointed.

Ogun Free Trade Zone: How not to do business in Nigeria, By Bolu-Olu Esho