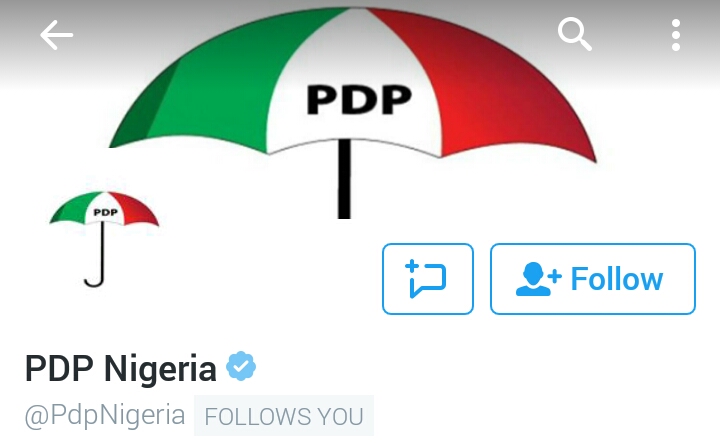 We have not sacked Adeyanju as PDP New Media Director – Makarfi

The Peoples Democratic Party on Monday said its Director of New Media, Deji Adeyanju, has not been removed.

Ahmed Makarfi, Chairman of the party’s Caretaker Committee, told PREMIUM TIMES that the leadership of the party only had issues with some “far-reaching statements” distributed by Mr. Adeyanju “without clearance.”

Mr. Adeyanju was announced removed in a statement distributed by Dayo Adeyeye, the party’s publicity secretary, on Friday afternoon. The statement cited different acts of insubordination.

The statement, signed by Chinwe Nnorom on behalf of Mr. Adeyeye, also said @PdpNigeria, the official Twitter handle of the party run by Mr. Adeyanju, was no longer recognised by the party.

“In view of the above, the party has immediately re-launched a new handle: @officialpdpnig to form part of the social media platform of our great party for ease of communication, administration and control,” Mr. Adeyeye was quoted as saying.

But in a message to PREMIUM TIMES, Mr. Makarfi, a former governor of Kaduna State, said the PDP still recognises Mr. Adeyanju and the new media department, but added that their activities would be streamlined going forward.

“If he was employed by the last National Working Committee, then we will have no reason to remove him but to streamline his work,” Mr. Makarfi said.

Mr. Makarfi is the head of an ad-hoc leadership set up by the party at its botched national convention in Port Harcourt last month.

Mr. Adeyanju was appointed in December 2015, and had been responsible for issuing press statements on behalf of the party.

After months of controversial statements following the party’s 2015 elections misfortune, the PDP apologised for contributing to the toxic atmosphere on social media and promied to improve on its opposition by making it more robust and constructive.

Last week, Mr. Adeyanju signed a statement calling for the resignation of President Buhari in the wake of the country’s descent into recession. It is not immediately clear if that statement contributed to the leadership’s disagreement with him.

We will not increase fuel price, Kachikwu says after meeting Buhari