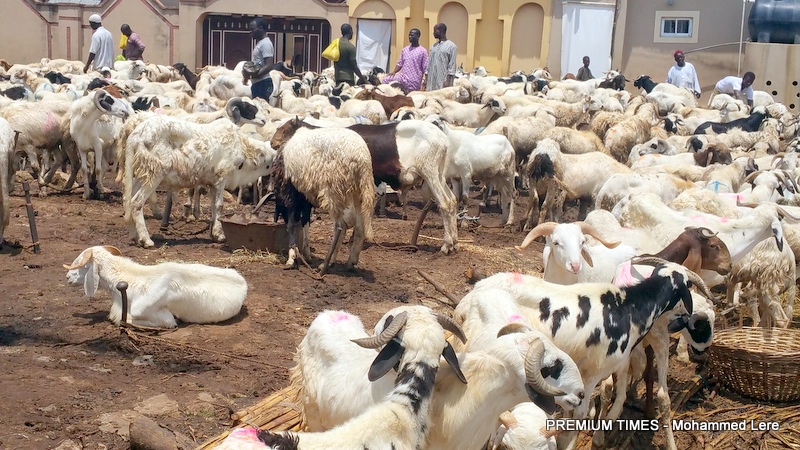 Ram sellers in Kaduna on Monday expressed regrets about the low sale they had recorded, barely a week to the Eid-el-Kabir festival, the News Agency of Nigeria reports.

Many ram selling points such as Zango, Bachama road and Rigasa markets in Kaduna metropolis saw the presence of many rams that remain unsold for days.

Rabo Mohammad, who sells his rams at Bachama Road market, said ram sellers had never had it so bad.

Mr. Mohammad, who came from Sokoto with rams, said he sold only five out of the 50 rams he brought to Kaduna two weeks ago.

“The economic situation has contributed to the low patronage and is affecting even our pockets.

“There is still hope, as the festival is one week from now, we pray to make some sales before then.

“Returning the animals to Sokoto will be a great loss to me because of the expenses involved,” he said.

“The present economic meltdown has now become a threat not only to ram sellers but also to entire business activities in Nigeria.

“The Federal Government should do something urgently to address the suffering of the masses.

“Although people want to buy rams for the festival, they cannot afford it due to the prevailing economic situation in the country.”

Mr. Yaro believed that the price may eventually crash as many traders would not want to return back with the animals.

According to him, some of the traders bought the rams from Niger Republic, Sokoto, Zamfara and Katsina States.

“But there is hope since we have one week before the celebration if all civil servants will have their salaries before Sallah,” he said.