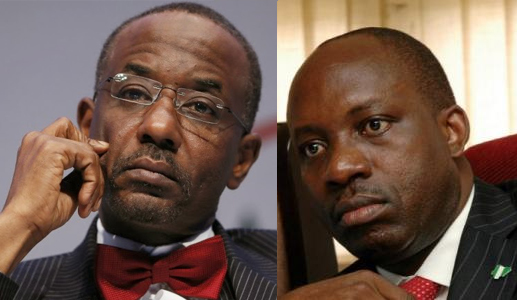 The Presidency on Monday refuted social media reports that the tenures of Lamido Sanusi and Charles Soludo, as Central Bank Governors, would soon be probed by the Federal Government.

The social media reports, published on Sunday and Monday, alleged that the Federal Government had concluded arrangements to probe the tenures of the two former CBN governors over their views on the state of the nation’s economy.

The reports further alleged that Messrs. Sanusi and Soludo had been put on “the watch list of the government for some alleged anomalies that occurred during their tenures as head of the Nigeria’s apex bank’’.

The two former CBN governors recently warned the Buhari administration about its handling of the economy.

Mr. Sanusi, who is now the Emir of Kano, said the government risked ending up like the former Jonathan administration if it failed to make necessary reforms.

Mr. Soludo said the government’s effort against corruption was merely aimed the “symptoms” and not the causes.

Garba Shehu, Senior Special Assistant on Media and Publicity to President Muhammadu Buhari, however, in a tweeted message, said the presidency was not aware that Messrs. Sanusi and Soludo would be probed for offering suggestions to the president.

“The check I made today indicated that the presidency is unaware of the reported probe of Sarkin Kano, Muhammadu Sanusi 11 and Prof. Soludo.

“Where did that report come from? Under our constitution which President Muhammadu Buhari swore to uphold, it is not a crime to offer suggestions,’’ he said.