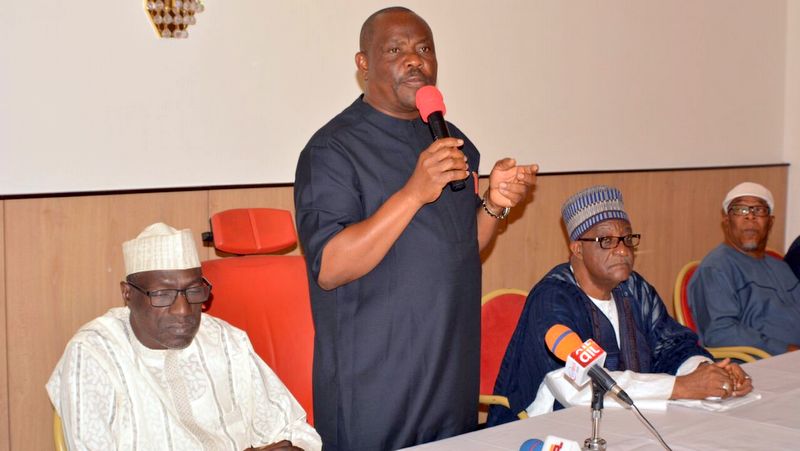 The Board of Trustees (BoT) of the opposition Peoples Democratic Party (PDP) has asked the Ahmed Makarfi-led caretaker Committee to form a new national convention planning committee and to hold the next convention of the party in Abuja.

The previous stalemated national conventions of the party were held in Port Harcourt, Rivers State, and the planning committee was headed by the Governor Nyesom Wike.

A Communique signed by the Chairman of the BoT, Walid Jibrin, also said that “ the forthcoming National Convention of the PDP be held in Abuja, the Federal Capital Territory (FCT)”.

The BoT said it would facilitate the raising of adequate funds for the party, while also calling on “all PDP governors to continue pursuing positive programmes of good governance so as to clearly project the people-oriented manifesto of the PDP”.

Before conflicting court orders frustrated the national convention of the PDP, factional chairman, Ali Modu Sheriff had given as condition for reconciliation the shifting of the convention from Port Harcourt to Abuja.

The BoT on Monday mandated its reconciliation committee to continue with “all good efforts of reconciling all aggrieved Party members.”

They also advised the National Caretaker Committee to, as soon as possible, convene the meeting of the National Executive Committee (NEC) to approve proposals on the way forward for party.

The BoT equally passed a vote of confidence on the Makarfi-led leadership and urged the committee to continue its “good work of repositioning the Party.”

EXCLUSIVE: Give me my money now, I’m checking out to America, angry Siasia tells NFF