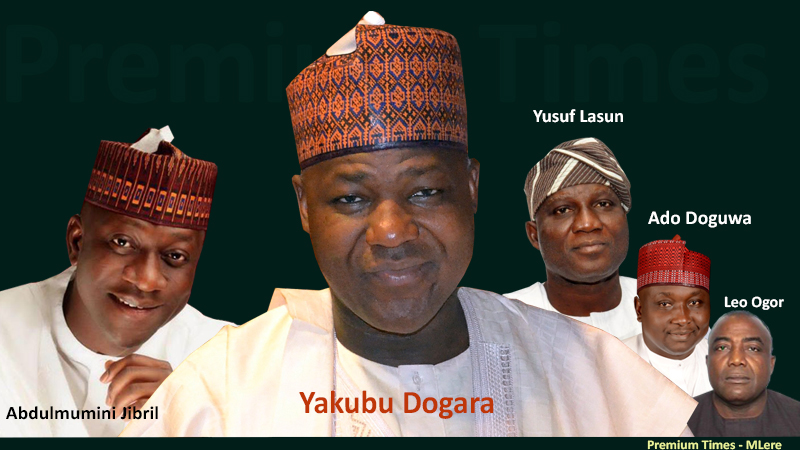 The Speaker of the House, Yakubu Dogara, on Thursday said those calling for his prosecution for his alleged involvement in the fraudulent manipulation of the 2016 budget were doing so out of sheer ignorance.

Mr. Dogara said the laws governing the National Assembly accorded all lawmakers a great degree of immunity from prosecution on the basis of exercising their legislative functions.

“It doesn’t even make sense and they have forgotten about Section 30 of the Legislative Houses (Powers and Privileges) Act, and others” which says “most of the things we do in the National Assembly are privileged,” Mr. Dogara said.

“They cannot be grounds for any investigation on the procedure or proceedings to commence against a member of parliament, either the Speaker or the President of the Senate, once they are done in the exercise of their proper functions.”

“The Constitution talks about the estimates of revenue and expenditure to be prepared and laid before the National Assembly. The constitution did not mention the word budget. And the reason is very simple. Budget is a law.

”Going by very pedestrian understanding of law which even a part one law student can tell is that the functions of government is such that the legislature makes the law, executive implements and the judiciary interprets the law,” Mr. Dogara said.

“The budget being a law, therefore, means it is only the parliament that can make it because it is a law. And I challenge all of us members the media and civil society organisations to look at our law and tell me where it is written that the president can make a budget,” Mr. Dogara said.

Mr. Dogara’s comments came while accounting for his one-year in office at a forum organised by Policy and Legal Advocacy Centre, a public policy think-tank, in Abuja.

Mr. Dogara, who has faced growing calls for him to resign from office following allegations of budget fraud, said ignorance of legislative duties on the part of some citizens was to blame for the outrage against lawmakers’ role in the 2016 budget.

He said that the National Assembly would now embark on a massive sensitisation of the public about the duties of the legislature in a constitutional republic.

“Recent efforts seeking to discredit the document are a consequence of inadequate knowledge of the legal framework governing appropriation in a presidential democracy.

“This has, nonetheless, opened a new vista of duty for us as a legislature to enhance both internal competences of Members as well as the sensitisation of the public on the role of the legislature in a presidential democracy,” Mr. Dogara said.

Mr. Dogara said the 2016 Appropriation Bill was not entirely perfect in the form it was forwarded to the legislature by the executive, saying lawmakers carried out extensive work on the document to make it acceptable.

“The 2016 budget was controversial from the onset but the House handled the controversy with maturity, employing the democratic tools of dialogue, compromise and consensus by which an implementable 2016 Budget was passed and assented to.”

For three weeks running, Mr. Dogara had been locked in fierce political and media war with Abdulmumin Jibrin, a Kano lawmaker who was removed as chairman of House Committee on Appropriation.

Mr. Jibrin said the speaker masterminded the insertion of fictitious subjects into the budget, an allegation Mr. Dogara denied.