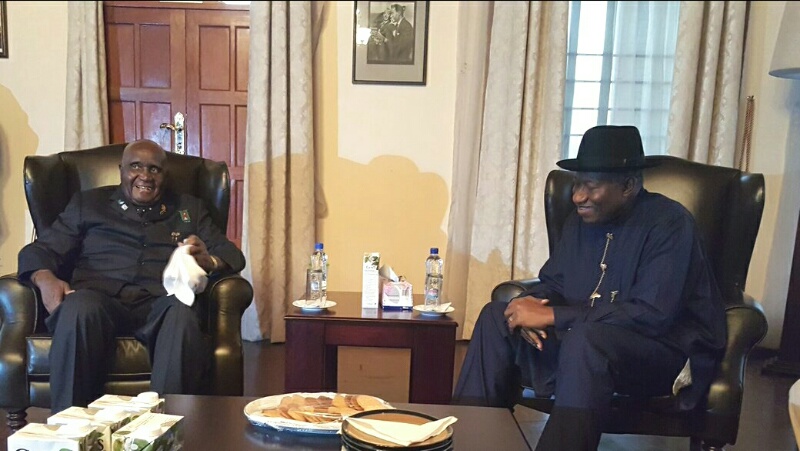 If Africans can’t send men to moon, they should at least organize free elections –Jonathan

Former President of Nigeria, Goodluck Jonathan, has emphasized the need for free and fair elections in Africa.

Mr. Jonathan, who is leading the African Union Elections Observation Mission to Zambia, said, Monday, on Twitter, “If Africa can’t yet send men to the moon, we should at least organize elections that are free and fair of which the whole world will be proud.”

The southern African country holds its presidential and parliamentary elections this Thursday.

Mr. Jonathan, in a preceding tweet, posted a group photograph he took with other AU observers.

“As they (are) ready to deploy to the field I charged my observers to uphold the hopes and aspirations of Zambians,” Mr Jonathan wrote in a caption to the photograph.

The former president has so far met with representatives of Zambia’s electoral commission as well as candidates for the elections.

He also met with the former president of Zambia, Kenneth Kaunda, whom he described as “one of Africa’s inspiring leaders”.

The forthcoming presidential election in Zambia is mainly between two candidates – the incumbent, Edgar Lungu of the ruling Patriotic Front, and the Hakainde Hichilema of the United Party for National Development.

Both Mr. Lungu and Mr. Hichilema had contested in an early election in January 2015, following the death of the then President Michael Sata. Mr. Lungu won by a narrow margin.