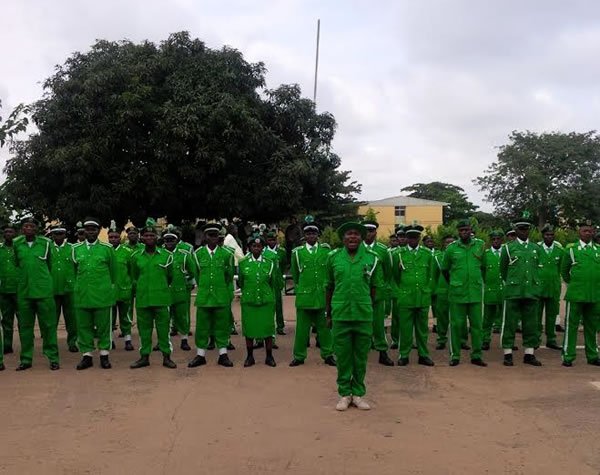 The Nigerian government on Monday said it was teaming up with some private individuals to bring back the dreaded War Against Indiscipline previously introduced by Muhammadu Buhari during his military regime between 1983 and 1985.

The National Orientation Agency said the brigade would help curb the high rate of “insecurity, violence, kidnapping and other forms of social vices.”

Garba Abari, the Director-General of the agency, said this while speaking at the official relaunch of the WAI brigade in Abuja.

“It’s great pleasure that I have the opportunity to meet with the leadership of WAI, for the first time since my assumption of office about two months ago.

This meeting is meant to discuss the repositioning of the WAI Brigade in the current dispensation of change.

“I’m not only delighted with this gathering, but excited with you all for keeping faith and working tirelessly to contribute your quota to nation building as volunteers who are not being paid for over three decades,” Mr. Abari said.

Mr. Abari said members of the brigade should work towards building a more orderly, secure Nigeria.

“In this era of insecurity, violence, kidnapping and other forms of social vices, the role of the WAI Brigade in civil intelligence gathering cannot be over emphasized. It is in this regard that I call on you to encourage your members across the country to redouble their vigilance in the local governments, wards and their various villages, so that we can contribute our quota towards building a secure society.”

Members of the WAI brigade could be seen donning a green khaki uniform at the event, which was widely publicised by the agency.

Mr. Abari said Mr. Buhari had decided to relaunch the brigade because it was particularly successfully when it was first deployed in 1983 as a way of correcting disorderly conducts of citizens, charging all members to be circumspect about happenings in their immediate surroundings..

“The ills and woes that bedeviled the nation at that time are still very much with us today. That is why, when the National Orientation Agency, NOA, was established in 1983, the War Against Indiscipline, WAI Brigade was automatically drafted to be part and parcel of the agency to fight against indiscipline, disorderly behaviour in public and private places, disobedience to traffic rules and regulations, disrespect for constituted authorities, filthy environment, bribery, corruption and other social vices,” Mr. Abari said.

“The present administration has declared its intention to re-launch the Brigade for better performance and bring its activities to the fore. You as ambassadors of the agency, must, in your respective communities, local government areas, and states contribute your quota to make the change mantra of this administration a reality. Whenever and wherever you see something, you must say something to save our nation from decline.”

But some Nigerians opposed the idea, which they described as “outmoded and traumatising.”

Funmi Iyanda, journalist and talk show host, said “WAI infantilised, traumatised and dehumanised Nigerians. I recall it with revulsion and fear. A horrible relic unsalvageable in any form.”

“So I read on @NOA_Nigeria timeline that we now have a WAI-BRIGADE? God can’t we get more creative? I shake my head for Nigeria so much I have become totally exhausted.” (Mr. Ogundamisi’s tweet contained pidgin words that were literally translated into English.)

A commenter, Shola Ogunsemowo, said “it’s also a move in the wrong direction,” adding that “there are more pressing laws that need to be passed.”

“So I’m not bothered with the return of WAI. These things were the forerunners of the dictator’s exit in 1985. And as it was then, it is now.”

But another Twitter user, Yinka Ogunnubi, said WAI was a welcome initiate, adding that it was started by former President Goodluck Jonathan under another name, Community Support Brigade.

“WAI brigade as a volunteer para-military organisation has been in place at least since 2012.

“Fundamentally, it remains the same org volunteer organisation supervised by the NOA under its “Do the Right Thing” Campaign.”