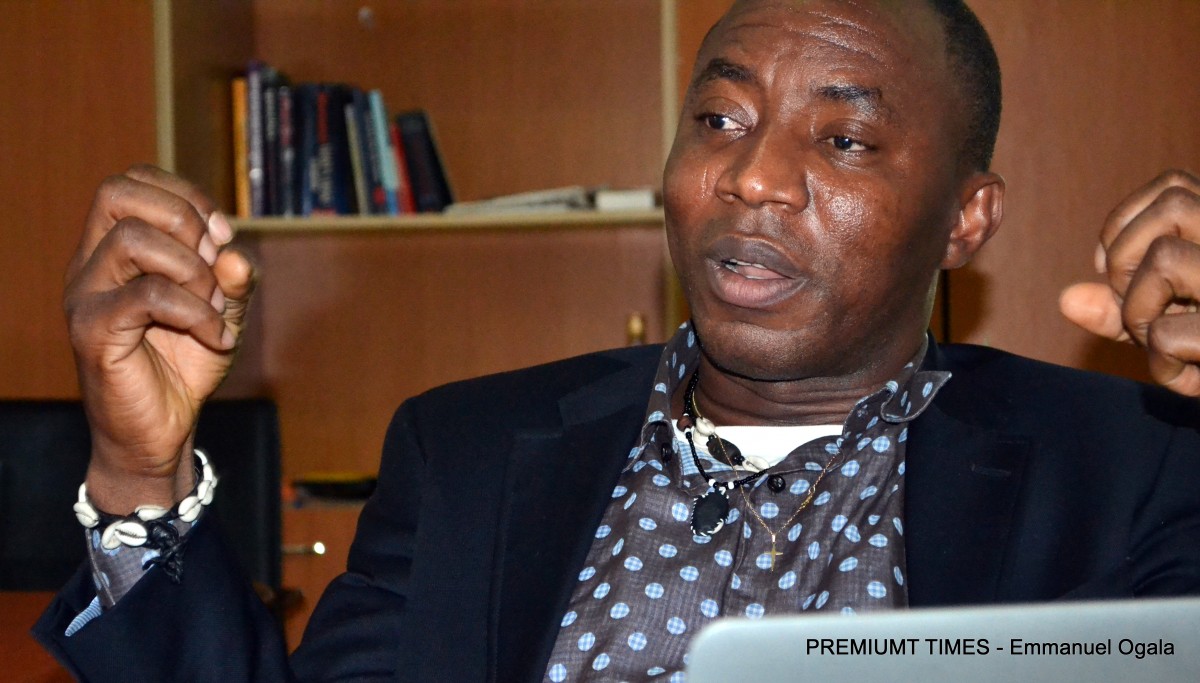 SaharaReporters’ publisher, Omoyele Sowore, on Friday denied having any conversation with the embattled former chairman of House Committee on Appropriation, Abdulmumini Jibrin.

Mr. Sowore said reports circulating online claiming he chatted with Mr. Jibrin about the budget scandal in the House was “fake”

The Whatsapp conversation purports to show that Mr. Jibrin had provided Mr. Sowore some documents detailing how the money in the controversial budget padding was shared between him and the Speaker of the House of Representatives, Yakubu Dogara.

The conversation claims Mr. Jibrin had indicated that the documents he was sending detailed how he wanted the money to be shared, but asked Mr. Sowore to ensure it was re-written to convince readers that Mr. Dogara wrote everything.

“The red ink is my writing, but make them believe Dogara wrote everything,” the conversation went. “I wrote how I wanted to distribute everything too.”

Asked whether the publication of the details in the document would not affect him, Mr. Jibrin responded with claims of how he helped pad the budget of the Department of State Security (DSS) from N5 billion to N10 billion

“I helped Aminu Jaji increase the DSS budget from 5bn to 10bn. I’m sure I will be protected, no worries.I’m about to start tweeting. Follow up with those documents tomorrow,” Mr. Jibrin was quoted to have told Mr. Sowore in the conversation.

But, in a response to PREMIUM TIMES enquiries, both Messrs. Jibrin and Sowore denied any such communication took place.

“My publicly available number was photoshopped into a fake conversation that never happened,” Mr. Sowore said in a mail to this newspaper late on Friday.

“This is a poorly done con job by persons affiliated with corrupt individuals at the National Assembly, especially Senate President Bukola Saraki, who previously tried unsuccessfully to create a fake SaharaReporters page and website.

“I never had such conversation with anyone. However, I am sure those behind it are desperately scared of how evidence-based reporting has unraveled the monumental fraud at the National Assembly. I suspect that they are even more worried that the criminal budget padding at the Senate will soon be revealed.” 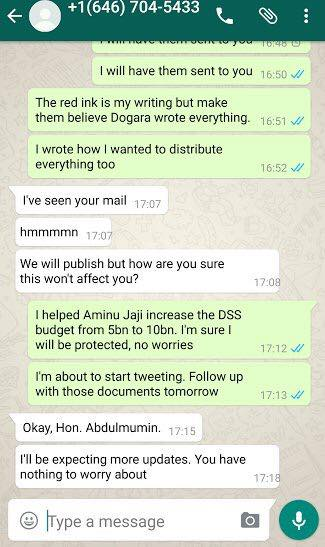