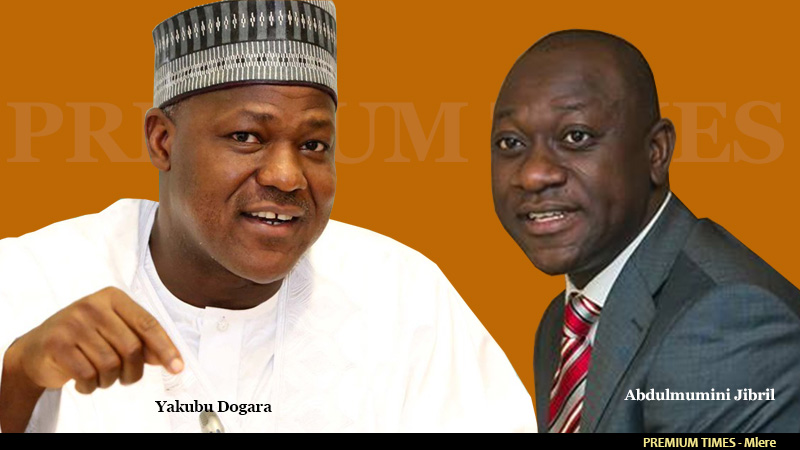 A beleaguered All Progressives Congress on Thursday moved to contain the crisis in the House of Representatives, occasioned by allegations of budget fraud.

The APC-dominated House recently came under intense public scrutiny following allegations that lawmakers manipulated the 2016 budget to enrich themselves.

The party on Tuesday met with Abdulmumin Jibrin, the lawmaker at the centre of the crisis.

Mr. Jibrin is accusing Speaker Yakubu Dogara and other principal officers of the House of “padding” the budget.

In its latest move, the party on Thursday directed Mr. Jibrin to immediately stop distributing statements to the media with respect to the scandal.

The lawmaker claims he foiled the fraud, and has circulated several documents to the media purporting to support that allegation.

In its letter Thursday, the APC said the situation in the house was embarrassing to the party.

“As you are aware, the Party and indeed the Government have not been happy over recent developments in the House of Representatives over the issue of 2015 budget. We found it embarrassing to have to deal with another new phenomenon you tagged “budget padding,” the party said in a statement signed by Lawal Shuaibu, its Deputy National Chairman for the Northern Zone.

“Arising from the series of the meeting we held with you over the subject matter, the National Working Committee has decided you henceforth avoid issuing any public statement on this matter.”

The APC also emphasised the scope of its order to Mr. Jibrin’s, saying, “This however, includes statements through social media or other means of transmitting an opinion on the matter to the public, as the party is now looking into it towards finding solution”.

It is not immediately clear if Mr. Jibrin would yield to his party’s latest demand.