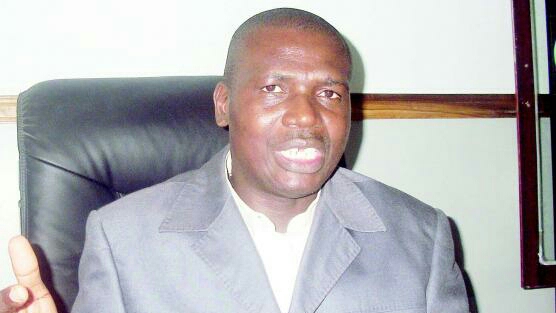 A Lagos-based human rights lawyer, Ebun-Olu Adegboruwa, has urged President Muhammadu Buhari to grant amnesty to Boko Haram members in the wake of the defeat being inflicted on the insurgents by the Nigerian military.

In a statement issued Sunday, Mr. Adegboruwa said one year after Mr. Buhari declared war on the group, it had become clear that they may not be totally defeated immediately.

“It would seem, from all indications, that it will require a long drawn out war, for which we trust that our president and the military are well equipped and prepared,” Mr. Adegboruwa said.

“It is in the light of this that I am urging the president to seize the momentum of the victory being recorded against the insurgents, to extend an olive branch, to their accredited and authentic representatives, for some reprieve, by way of amnesty.

“After all, Boko Haram once named the president himself as their chief negotiator, in the last dispensation. So, in the same way that the president is engaging the Niger Delta militants, he should extend same to the insurgents, to achieve sustained peace, which will in turn put an end to the deplorable crises being experienced in the various IDP camps and indeed usher in development in the North East region.”

Mr. Adegboruwa’s suggestion came following a reported ambush by the Boko Haram group of over a dozen officers and soldiers of the Nigerian military, last week.

According to the Nigerian army, 19 personnel comprising 16 soldiers and three officers were declared missing after an ambush on troops at Guro Gongon village in Borno State.

“Our hearts and prayers go to the president, the military and indeed the families of these very gallant soldiers, believing firmly that in due course, they will all be rescued alive, by the power and grace of God,” said Mr. Adegboruwa.

“I join other Nigerians to commend the president, for the victories so far recorded against the terrorists, even though this would have been better celebrated with the rescue of the Chibok girls.

“This has indeed reinforced the view in many quarters, that the president would have been better placed as a minister of defence, in a true democratic environment.”