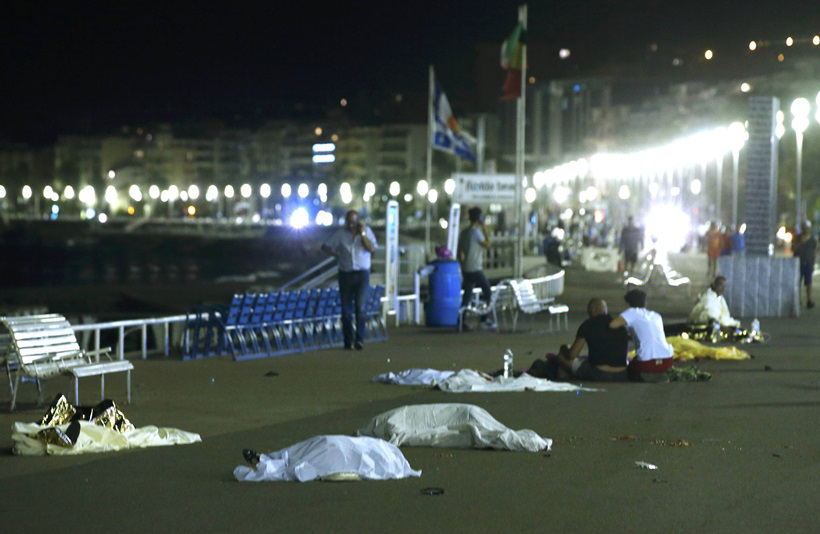 ATTENTION EDITORS - VISUAL COVERAGE OF SCENES OF INJURY OR DEATH - Bodies are seen on the ground July 15, 2016 after at least 30 people were killed in Nice, France, when a truck ran into a crowd celebrating the Bastille Day national holiday, July 14, 2016. REUTERS/Eric Gaillard TEMPLATE OUT.

A 31-year-old man has been identified by police as the driver who plowed a truck into crowds celebrating Bastille Day in the southern French City of Nice.

Police said on Friday in Paris that the attacker is identified as a Tunisian-born Frenchman.

Police said that the French-Tunisian man was identified using papers found in the truck after he was killed by police.

The attack occurred hours after President Hollande had announced that France would be ending a state of emergency imposed after the November 2015 attacks.

Meanwhile, the Asia-Europe Meeting (ASEM) in the Ulanbaatar (Mongolia) began with a moment’s silence on Friday following the attacks in Nice.

EU President, Donald Tusk, described it as a sad day for France, Europe and all that were present at the meeting.

“We are united with the French people and government in their fight against violence and terror.

He called on the 34 heads of government and state present from 51 countries in Europe and Asia to observe a minute’s silence for the victims.

Robert Fico, Prime Minister of Slovakia, which currently holds the rotating presidency of the Council of the EU, told the meeting that their discussions should include reflection on what happened in Nice.

“The fight against terrorism is among the highest priorities of our governments.

“We condemn terrorist attacks in every form, wherever and whenever they occur,” he said.

The summit has already been overshadowed by the dispute over China’s territorial claims in the South China Sea.

The Permanent Court of Arbitration in The Hague on Tuesday upheld a complaint brought by the Philippines about contested islets in the South China Sea, which holds key shipping lanes and is believed to be rich in mineral and marine resources.

China refused to take part in the arbitration and said the verdict was null and void. (dpa/NAN)