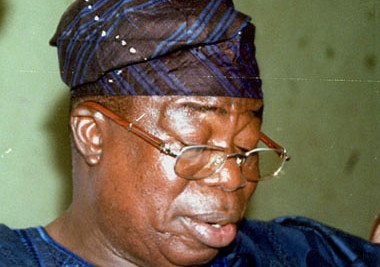 In a statement on Wednesday, Mr. Fasawe said Mrs. Buhari was not connected “in any way” to the transaction.

Mr. Fasawe is the Nigerian businessman mentioned in the scandal involving Mr. Jefferson, an ex-U.S. Congressman.

“We were the ones in government, and she was never a member of our party or my business associate. So, how could she have been involved in the first place,” Mr. Fasawe said.

The PDP chieftain said he had a business venture with Mr. Jefferson – who is now serving a 13-year jail term in the US – which went awry “based on misplaced trust”.

“I was convinced the Triple Play Cable Television Network was the future of home entertainment in Nigeria,” said Mr. Fasawe.

“I invested considerably in the business – even having to approach my bank for further investments.

“Unfortunately all went down the drain having been dealing with a fraud and a dupe in the person of Jefferson who used his office and the image of his nation to convince me iGate was a reputable Telecommunication Equipment Vendor.”

Mr. Fasawe said he petitioned the Economic and Financial Crimes Commission under then President, Olusegun Obasanjo, at the time of the incident but no action was taken.

“My monies are still tied up in the US,” he said.

“It is high time the Nigerian Government liaised with the government of the United States to help me repatriate my monies running into tens of millions of dollars.

Mr. Fasawe said the failed business venture landed him in detention for nearly a year.

“The sad incident caused me money, time and honour,” he said.

“So it is very upsetting to have anyone trying to open this old wound and spicing it up with further controversy.

“I, therefore, advise Governor Fayose and his handlers to please desist from this unprovoked attack and unsolicited defamation to the person of Mrs. Aisha Buhari.

“No one should hide behind immunity clause to trample upon the rights and reputation of others with impunity.”