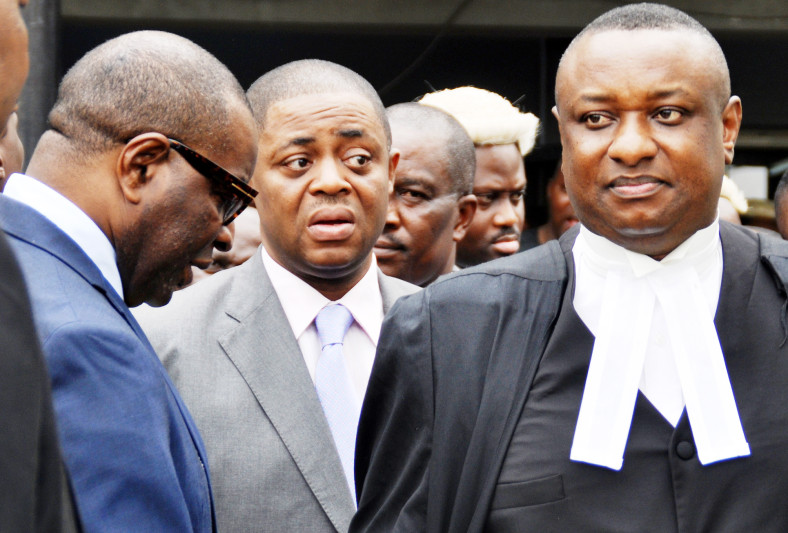 The planned arraignment of a former aviation minister, Femi Fani-Kayode, over a N4.9 billion money laundering allegation, was stalled Tuesday by the absence of the trial judge.

Judge Sule Hassan’s absence was said to be due to an “official function”.

Mr. Fani-Kayode, who served as director of media and publicity during the campaign of former president Goodluck Jonathan, is facing a 17-count charge bordering on unlawful retention, use, and payment of money in the tune of about N4.9 billion.

Others charged alongside the former minister by the Economic and Financial Crimes Commission are Nenadi Usman, former finance minister; Danjuma Yusuf; and a company, Joint Trust Dimension Nig. Ltd.

The defendants were present in court on Tuesday but had to be taken back to EFCC custody after the judge’s absence became apparent.

A new adjourned date, it was learnt, would be communicated to parties in the suit.

According to the EFCC’s charge, the accused were alleged to have committed the offences between January and March 2015.

In counts one to seven, they were alleged to have unlawfully retained over N3.8 billion which they “reasonably ought to have known” formed part of the proceeds of an unlawful act of stealing and corruption.

In counts eight to 14, the accused were alleged to have unlawfully used over N970 million which they “reasonably ought to have known” formed part of an unlawful act of corruption.

In counts 15 to 17, Mr. Fani-Kayode, alongside Olubode Oke, said to be at large (according to the EFCC), were alleged to have made cash payments of about N30 million, in excess of the amount allowed by law, without going through a financial institution.

Mr. Fani-Kayode was also alleged to have made payments to Paste Poster Co (PPC) of No 125 Lewis St., Lagos, in excess of amounts allowed by law.

Last March, sources at the EFCC had told PREMIUM TIMES they had uncovered evidence showing how prominent politicians, mostly from the opposition Peoples Democratic Party, allegedly shared N3.145 billion in the build up to the 2015 presidential election.

“It was from the Joint Dimension’s account with Zenith Bank that the money was shared to various individuals and organizations for purposes that are not stated,” the source said.

The source described Mr. Fani-Kayode as the chief beneficiary of the disbursement, allegedly receiving a N840million, paid in three tranches into his Zenith Bank, Maitama branch.

When contacted by PREMIUM TIMES, Mr. Fani-Kayode said at the time that the funds were paid into his account by Ms. Usman, who was director of finance of the Goodluck Jonathan campaign.

“The campaign asked me to open an account for my campaign directorate, which I did,” Mr. Fani-Kayode had said.

“As far as I’m concerned, it was campaign funds, and the money was used for the purpose for which it was meant. And we accounted for it to the man who gave us a job to do, President Jonathan.”