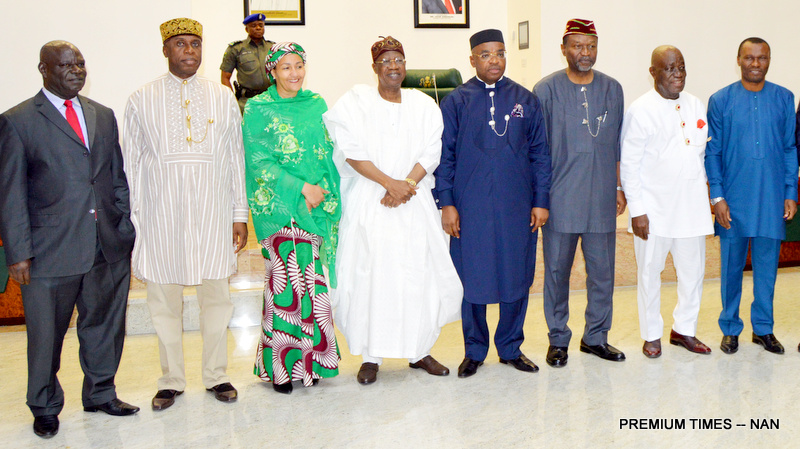 Gov. Udom Emmanuel of Akwa Ibom has advised the Federal Government to dialogue with the Niger Delta Avengers, to allow for sustainable peace and development in the region.

The governor made the call in Uyo on Monday during the Town Hall Meeting organised by the Federal Ministry of Information and Culture for the South-South zone.

Mr. Emmanuel noted that the country’s economy had been brutalised by the recent violence being experienced in the Niger Delta region.

“Government must do all it can to dialogue with Niger Delta militants as our economy is based on resources accruing from this region.

“Government must look into the underlining issues of the region; we must dialogue with the stakeholders from the region to resolve these problems once and for all.”

He said that abandoning the programme was not the best option now for the people.

The governor, however, commended the Federal Government for ensuring that the Maritime Academy of Nigeria (MAN), Oron was elevated to a degree awarding institution.

He called on the National Assembly to expedite action in giving legal backing to the university status of the institution.

He commended the Federal Ministry of Information and Culture for organizing the town hall meeting to engage the people and learn of their perception of the government.

Mr. Emmanuel urged all Nigerians to cooperate with the government to put the on the path growth and prosperity.

In his presentation, the Minister of Niger Delta Affairs, Usani Usani, said that the ministry empowered 130 youths recently with one million naira each, to established businesses of their choice.

Mr. Usani said that the ministry had built housing estates in the nine states of the Niger Delta region.

He however, expressed regret that those estates had yet to be occupied.

He said that the fourth phase of the East-West road cutting across Eket in Akwa Ibom, was not abandoned and gave an assurance that the fifth phase from Oron to Calabar would commence soon.

Mr. Usani urged the governors in the region to partner with the ministry in its attempt to develop the region holistically.

Earlier, in her presentation, the Minister of Environment, Amina Mohammed, emphasised the need to protect the environment by guarding against pollution.

Mrs. Mohammed said that the entire Niger Delta region would be cleaned up after the Ogoni clean-up exercise.

She advised investors in the region to do their businesses in an environmentally friendly manner, to avoid environmental degradation.