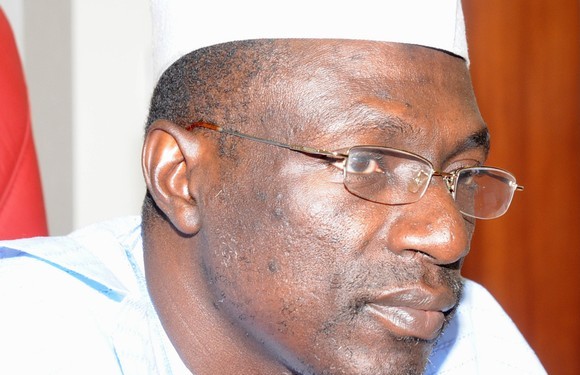 The immediate past Deputy National Chairman of the opposition Peoples Democratic Party, PDP, Uche Secondus, has handed over the affairs of the party to the Ahmed Makarfi-led Caretaker Committee until a national convention is held to elect new set of party leaders.

The handing-over ceremony held on Tuesday at the PDP’s headquarters, Wadata Plaza, under the guidance of the party’s Board of Trustees.

The secretariat was recently reopened by the Nigerian Police which had sealed it following the crisis in the party that led to the emergence of three leadership, each claiming legitimacy.

A meeting of all concerned organs of the PDP was held Monday night at the Ondo State Governor’s Lodge in Abuja in which the BoT, Makarfi group, as well as the group loyal to a former Minister of Information, Jerry Gana, and some members of the immediate past National Working Committee, under Modu Sheriff, agreed to work together.

“We are here to formally hand over to the caretaker committee appointed by the convention and we assure you that all politics is local, our leaders must go back to the grassroots, it is not enough to be in Abuja,” Mr. Secondus said.

“We no longer have government, we no longer have security forces, we don’t have money, and so what matters now is the grassroot, the popularity of the leaders to be able to deliver.”

Before taking over the party’s leadership, Mr. Makarfi had told the press at the end of Monday night’s meeting that Mr. Sheriff would have been part of the meeting except that he had travelled out of the country.