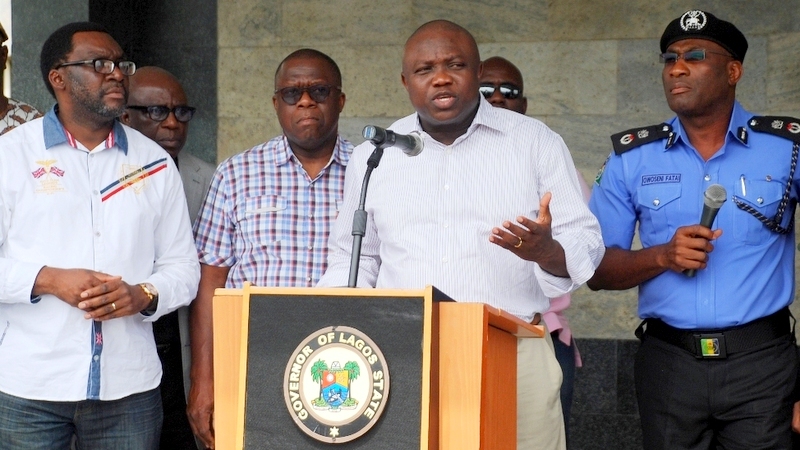 The police officers manning Mrs. Ambode’s home were “overpowered and dispossessed of their rifles,” sources said.

Mrs. Ambode was, however, fortunate, as a swift reinforcement by the state’s police command thwarted the ploy of the assailants, who fled the scene. The back-up team arrived at 8:10 p.m., the sources said.

A senior Lagos State Government official close to Mr. Ambode told PREMIUM TIMES a commotion occurred near Mrs. Ambode’s home. He, however, denied that it was a case of attempted kidnap.

The source said a man went to invite military personnel attached to Operation Mesa to beat Mrs. Ambode’s police detail after he was ordered not to park his vehicle outside the building.

“We heard from the governor’s security that the matter was not about kidnapping,” the source said. “What happened was that a man parked his vehicle outside the home of the governor’s mother and the policemen there asked him to take his vehicle away.”

“He then went to call men of Operation Mesa to deal with the policemen, that was what caused the disturbance.”