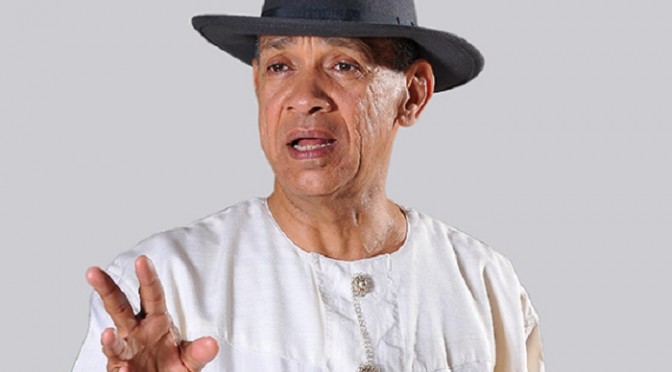 A senator from Bayelsa State, Ben Murray-Bruce, on Monday said operatives of the State Security Service prevented him from “greeting” President Muhammadu Buhari at a state dinner organised to mark 2016 Democracy Day.

Mr. Murray-Bruce tweeted around 10:45pm on Monday, “I was at the Presidential Villa today, went to the president’s table. DSS wouldn’t allow me greet him, but let another senator greet him.”

The senator later expanded the tweet on his Facebook page, adding, “I have nothing against the President, however, nobody is too important to be criticized and my mouth will never be silenced!”

He did not name the senator that was allowed passage to the president after he (Murray-Bruce) was bounced.

The SSS could not be reached for comments. The agency has had no spokesperson since it’s former press interface, Marilyn Ogar, was sacked from service.

The dinner was hosted by Mr. Buhari, and had in attendance the President of the Senate, Bukola Saraki; the Speaker of the House of Representatives, Yakubu Dogara; former Vice President Atiku Abubakar and a aational leader of the All Progressives Congress, Bola Tinubu, among others.

Mr. Murray-Bruce, who is a Peoples Democratic Party member, and one of the ardent critics of the Buhari administration, had earlier tweeted a photo of himself in the company of other guests at the dinner.

The senator is famous among Nigerians for his #BuyNaijaGrowTheNaira campaign which is meant to encourage patronage for indigenous goods and services.

President Buhari at the dinner urged the National Assembly to speed up the passage of the 2016 budgets of the Federal Capital Territory, and the Niger Delta Development Commission.