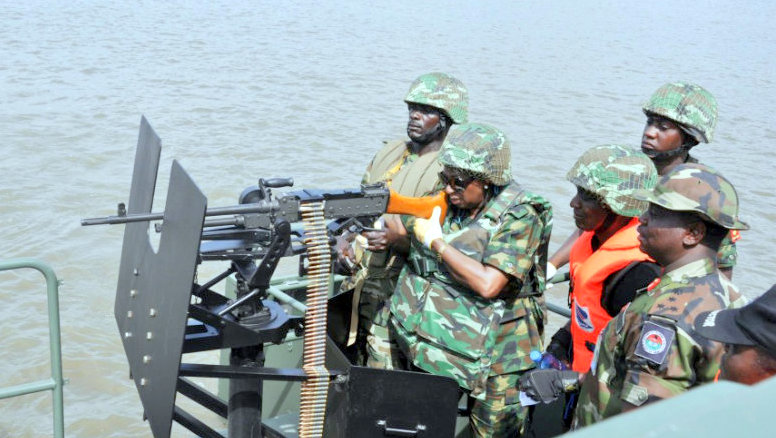 Two Nigerian soldiers have been confirmed dead and several others injured in a boat mishap in Delta State, a day after a soldier drowned in Bayelsa State.

The latest incident, which happened on Friday, involved a military patrol team around the creeks of Egwa 1, near an SPDC flow station in Warri South West Local Government Area of Delta.

It came after another boat mishap at Agip’s oil field in Bayelsa on Thursday killed a soldier.

Some residents of the area told PREMIUM TIMES that the incident occurred around 10 am Friday.

The residents wondered why the military was deploying troops who could not swim to engage militants in their familiar terrain.

The incident, it was learnt, has thrown the Joint Task Force (JTF), Operation Pulo Shied and 3 Battalion of the Nigerian Army Effurun, into mourning.

Community sources also confirmed the incident but could not give details.

A senior military officer, who later confirmed the incident, said the military boat was carrying about 10 soldiers when it capsized.

The officer said they were on a normal routine patrol of oil installations around the Egwa 1 community when the incident occurred.

It was further gathered that those who sustained various degrees of injuries had been conveyed to an undisclosed hospital for medical care in Warri.

“We lost two of our soldiers to a boat mishap early this morning around Egwa 1 in Warri South West of Delta State. They were patrolling the creeks when the incident happened. Report reaching us says scores were injured,” the officer, who spoke on a condition of anonymity said.

Isa Ado, JTF’s spokesman could not be reached for response. Calls and a text message sent to his telephone line were equally not answered or replied.