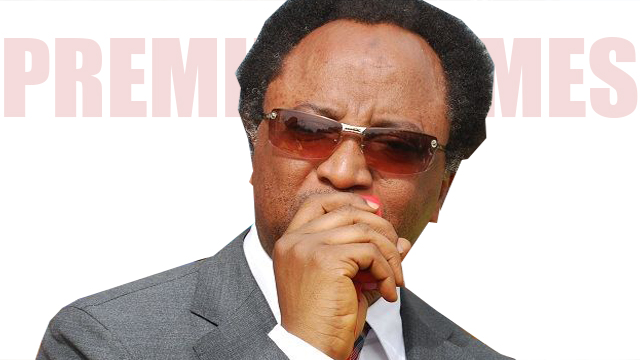 The Kaduna State chapter of the All Progressives Congress (APC) is considering the expulsion one of its chieftain, Shehu Sani, for supporting the ongoing strike by the Nigeria Labour Congress, NLC.

The APC’s Publicity Secretary, Salisu Wusono, made this known in Kaduna on Thursday, saying the party was disappointed by the conduct of the senator representing Kaduna Central Senatorial District.

While describing Mr. Sani’s conduct as “irresponsible”, Mr. Wusono said it was condemnable for the senator to support the call by labour for its members to lay down tools.

He argued that the action goes against the will of the APC and President Muhammadu Buhari.

“Given his disregard for the party, the APC in Kaduna State has no option but to take further disciplinary measures that may lead to his expulsion,” Mr. Wusono said.

“Supporting the NLC against the president and government on subsidy removal was only an affirmation that Mr. Sani is a PDP man masquerading as an APC senator.

“The Kaduna State APC is dismayed and disappointed by the continued irresponsible conduct of Shehu Sani.

“In speech and conduct, he has shown himself incapable of loyalty to our party, the APC and our great leader, President Muhammadu Buhari.

“Having ridden on the back of our party and the popularity of Buhari to get to the Senate, Shehu Sani has since abandoned any pretension to discipline or loyalty to any principle.

“He pretends to be with the people, but his masters are the corrupt people on whose behalf he has been attacking our president. How can a politician with any sense of discipline, or commitment to the public interest fail to see that the fuel subsidy regime is bankrupt and is no longer in the interest of our people?”

Mr. Sani is currently serving a one-year suspension from the state chapter of the APC for anti-party activities.

The party had accused him of holding political meetings with members of the Peoples Democratic Party (PDP) in his Kaduna resident.

Mr. Sani had denied the accusations but not satisfied, the party slammed a suspension on him, therefore, barring him from all party activities in the state.

While serving his suspension, the outspoken national lawmaker again attracted the anger of his party by supporting labour against the Buhari administration.

He had described government’s attempt to stop labour from embarking on the ongoing industrial action as a “campaign of calumny and blackmail”.

Senator Sani had also called on Nigerians to appreciate the NLC for standing by the masses over the years and for making contributions to the realization of political change in Nigeria.

The APC chieftain wondered how Mr. Sani, who joined in passing the 2016 Budget without provision for subsidy would turn around to attack President Buhari for implementing the decision.

Since, according to him, Mr. Sani does not have the courage to openly decamp, he said the APC will kick him out of its fold.

Continuing, he said, “We cannot allow people like him to destroy our party on the altar of their personal ambitions. The Kaduna State APC warns Shehu Sani and his collaborators in the National Assembly that their treachery against our party has run its course.

“The traitors will be shown the way out of the party. The APC has been charged to change Nigeria. We will not allow undisciplined charlatans to derail us.”