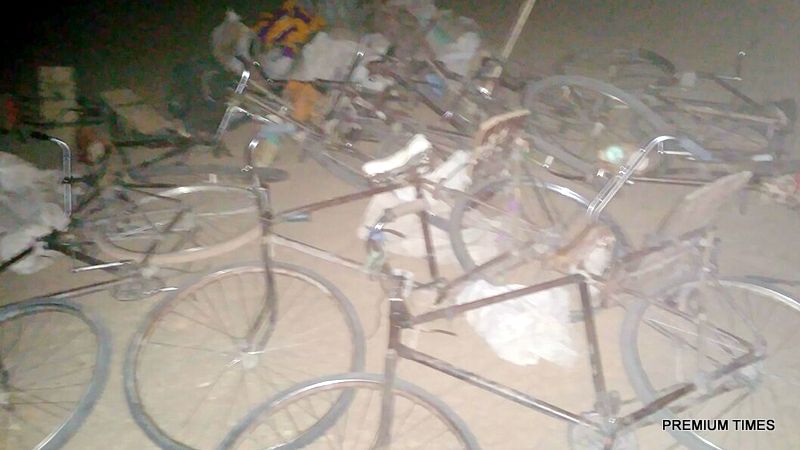 Nigerian troops fighting the terrorist Boko Haram sect on Friday repelled attacks on an army battalion stationed at Pulka in Borno State, a statement by the army headquarters has said.

No fewer than 455 abductees were rescued during a separate operation, Mr. Usman said.

“The ever alert and vigilant troops rose to the occasion and successfully repelled the attack and killed 7 Boko Haram terrorists, wounded several others and recovered 4 AK-47 rifles, 3 AK-47 rifle magazine and 92 rounds of 7.62mm (NATO) belt ammunition. We wish to state that our troops are hale and hearty.

“In a related development, troops of 3 Battalion caught a suspected Boko Haram terrorists’ spy near the Battalion Headquarters at Gamboru Ngala. On interrogation, he confessed that he was sent to spy on the troops from Wulge. Consequent upon this the troops organized a fighting patrol comprising elements of Army Headquarters Strike Group and Civilian JTF to Wulge and Walamari.

“The troops had encounter with Boko Haram terrorists in which they killed 27 of them, recovered 5 motorcycles and 8 bicycles. They also cleared 12 terrorists’ camps and recovered 1 AK-47 rifles as well as 1 Dane gun.

“The troops also rescued 455 persons and escorted them to Gamboru Internally Displaced Persons’ (IDPs) camp. Unfortunately, we lost one of the Civilian JTF. Nevertheless, the troops’ morale remains very high.

Similarly, troops of 103 Battalion this evening ambushed Boko Haram terrorists at Mairimri village crossing point in which they killed quite a number of terrorists, recovered 15 bicycles and foodstuffs. Further confirmatory reconnaissance would be conducted to further exploit the situation.”