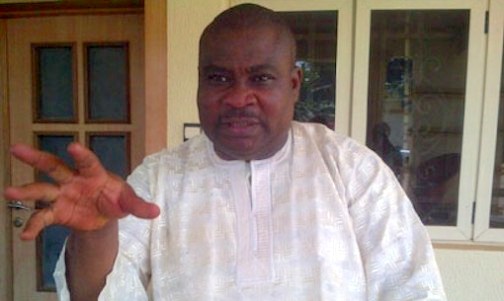 An attempt by a former Secretary of the Ekiti State chapter of the Peoples Democratic Party, Temitope Aluko, to quash an order issued by a Magistrate Court in Ado Ekiti, for his arrest and prosecution for perjury, has failed.

The court on Wednesday struck out his motion seeking to set aside a warrant of arrest issued against him on February 3.

Mr. Aluko confirmed on television in February that the 2014 Ekiti governorship election was rigged, months after testifying in court that the poll was free, fair and credible.

On Wednesday, in dismissing the motion filed by the former PDP secretary’s counsel, Niran Owoseni, the chief magistrate, Soji Adegboye, said the application was a mere “academic exercise, time wasting and abuse of court process”.

The magistrate ordered Mr. Aluko’s arrest and prosecution for perjury on February 3 based on a motion ex-parte number MAD/10cm/2016, filed by the Ekiti State Government against Aluko and the State Commissioner of Police.

The motion on notice filed by Mr. Aluko had restrained the execution of the arrest warrant issued against him.

The Ekiti State police commissioner was joined as second defendant and was required to execute the order against Mr. Aluko.

Through his counsel, the former PDP leader had filed the motion to challenge the jurisdiction of the Magistrate Court to issue a warrant of arrest against him.

Mr. Owoseni had argued that Section 7 of Magistrate Law, 2014 specified that the magistrate court could not act outside its territorial jurisdiction, describing the court action as incompetent
and abuse of court process.

The Director of Public Prosecution, Gbemiga Adaramola, who opposed the motion on notice, argued that since the warrant of arrest was a substantive matter, the ruling had a force of judgment.

While urging the court to strike out the motion, Mr. Adaramola said the Chief Magistrate Court lacked jurisdiction to review its own judgment.