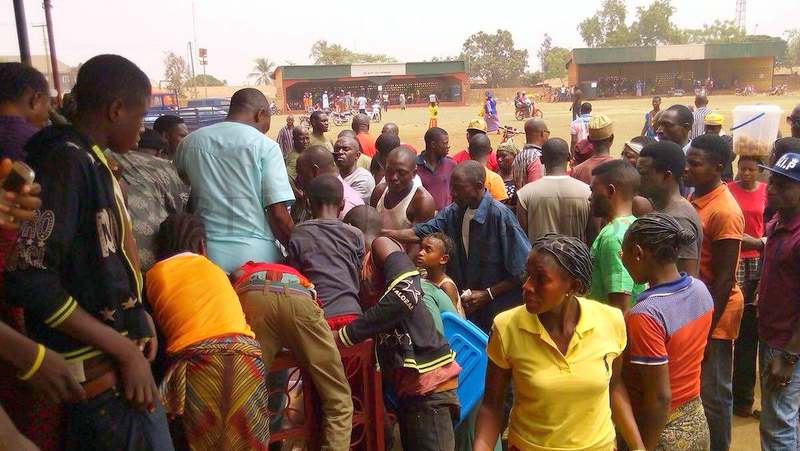 The Nigerian Senate, on Wednesday, said crimes of mass murder across Nigerian communities were committed by “overpowered” Boko Haram insurgents, not Fulani herdsmen.

This was part of the Senate’s resolutions that followed a motion by Emmanuel Bwacha (PDP-Taraba State) on “the need to urgently flush out Boko Haram insurgents reassembling in Taraba State”.

“The Senate is aware that that Nigerian Army has recorded tremendous success in the war against insurgents in the States of Borno, Yobe, and Adamawa.

“There is a change of tactics by insurgents who now parade as herdsmen to make it difficult for the public to identify them,” Mr. Bwacha said.

He said many communities in his Taraba South constituency had been deserted, following attacks by Boko Haram insurgents “masquerading as Fulani herdsmen”.

Fulani herdsmen have been accused of mass murder and destruction of farms in different parts of Nigeria, with the latest being Agatu communities of Benue State.

Barnabas Gemade (APC-Benue State), in his contribution said Boko Haram insurgents were “mixing with herdsmen to cause trouble”.

However, Mr. Gemade lamented the situation in Benue and other states which he said he visited.

He said a community in Zamfara had over 250 people killed by insurgents masquerading as herdsmen.

“As we speak, Agatu is under siege,” Mr. Gemade said.

He asked the government to ensure herdsmen have space for cattle to graze to curb the menace of destruction of farms.

Similarly, in his contribution to the debate, Abubakar Kyari (APC-Borno State), said Fulani herdsmen should not be described as “unfriendly”.

“When Fulani herdsmen or Kanuri are being tagged as unfriendly, it portends danger for the country and freedom to live and work anywhere,” Mr. Kyari said.

The Senate resolved to condemn the killings, kidnappings, destruction of property and farms by “Boko Haram insurgents” in communities across Benue, Taraba, Plateau and other states.