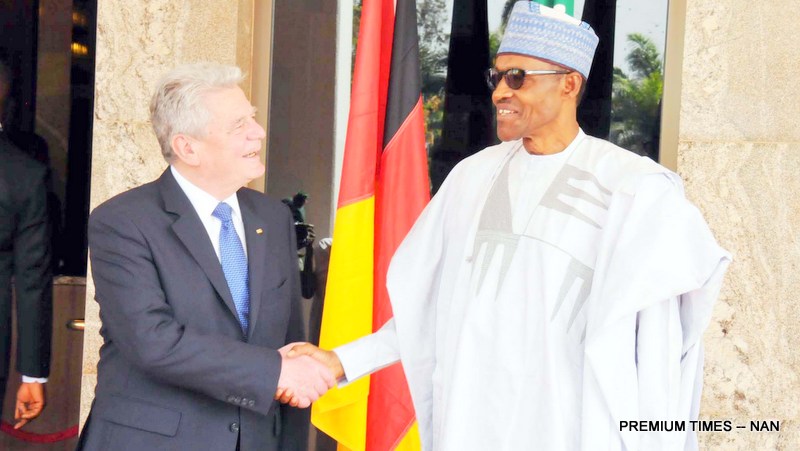 There had been conflicting reports that the insurgents were still controlling some local government areas in Borno State, with a senator representing Borno Central, Baba Garbai, saying the insurgents control about 50 percent of the state.

A day after Mr. Garbai’s claim, Borno State governor, Kashim Shettima, dismissed the claims, saying the insurgents were not in control of any local government in the state.

But in response to a remark by German President Joachim Gauck, at the Presidential Villa on Thursday, Mr. Buhari said as part of the successes recorded in the fight against Boko Haram by his administration, Nigerian troops had recaptured all the local government areas previously held by Boko Haram.

“It is a pity Boko haram welcomed you by explosions in Maiduguri that took so many lives, but I have attempted to explain in so many fora that Boko haram is not what it used to be.

“What they have resorted to is using improvised explosive devices to cause maximum casualties on soft targets as they did yesterday,” he said.

He added that they can no longer attack military and police formations.

According to him, the government had redoubled efforts to ensure that the people in internally displaced camps were rehabilitated.

“Some of them don’t know where they are from, they don’t know their parents. This is a pathetic situation the leadership of this government is facing because the least we should is to quickly resettle those children, if possible, try and identify their neighbourhoods,” he said.

Mr. Buhari lamented that monies allocated for the purchase of military hardware were shared and pocketed by officials.

He said as part of economic plans for the country, the government was already working at diversifying Nigeria’s mono-economy, through agriculture and the exploration of the solid mineral sectors.

He thanked the German government for the help extended to ensure that the 2015 election was a success as well as their humanitarian contributions to Nigeria.

He urged Germany to support Nigeria in its bid to get a seat at the United Nations, stating that the country was qualified considering its number and position in the African region.

Speaking earlier, Mr. Gauck announced a pledge by the European Union to donate $50million to support Nigeria in the fight against Boko Haram insurgency and resettlement of Internally Displaced Persons in the country.

Mr. Gauck stated that the EU was supporting the Buhari administration’s efforts to fight the Boko Haram scourge in collaboration with the neighbouring countries and the African Union.

He added that what Germany wanted to see was a peaceful change, which was being propagated by the president.

“We as Europe will support that initiative with $50 million.

“Germany will support Nigeria in the fight against Boko Haram and we would continue to provide support for the displaced people on a humanitarian basis,” Mr. Gauck said.