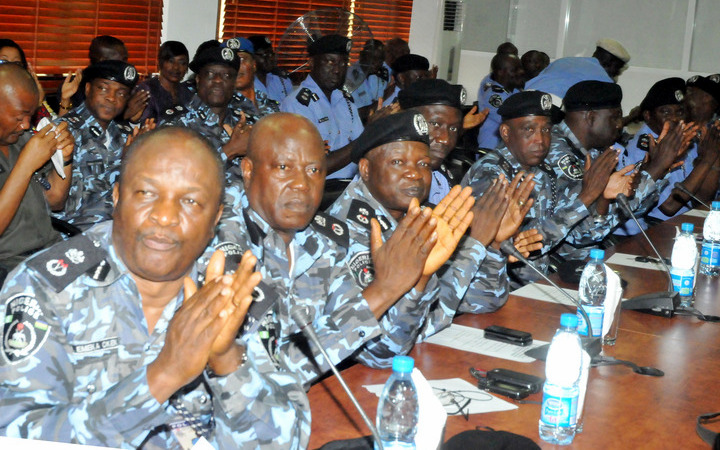 The Inspector General of Police, Solomon Arase, has assured his officers of the safety of their funds in the Nigerian Police Mortgage Bank.

Mr. Arase, who spoke to PREMIUM TIMES, Sunday, through the Force Public Relations Officer, Olabisi Kolawole, said the mortgage bank was in a sound condition and has since distributed shares certificates to investors.

The police chief was reacting to a complaint by a PREMIUM TIMES reader that long after money were deducted from the salaries of police officers, nothing has been heard about the funds.

“The only money the police deducted from the police officers’ salaries was in 2013 and it was for the purchase of shares in the Police Mortgage Bank,” the police chief said.

“It was voluntary and meant for officers who were interested in buying shares from the bank. They were asked to fill forms indicating the amount they intended to buy.

“However, N11,000 was the minimum amount any investor was required to buy the shares and the money was deducted from their salaries within a period of two months.

“Some officers bought more than N11,000 worth of the shares and so it is not correct for anybody to say he doesn’t know what is being done with the money.”

Before the forms were distributed, Mr. Arase said, officials of the bank and relevant police officers carried out a sensitisation programme in police commands and formations across the country.

It was after officers and men were fully mobilised and sensitised that the bank started issuing forms for voluntary investment in its shares.

However, he argued that the officer who made the complaint might not have received his certificate.

Reminded that shares which were purchased in 2013 should have started yielding dividends, the police boss said he does not know whether dividends have been paid since he does not interfere in the bank’s operations.

“I collected my shares certificate last year but I have not seen any dividend warrant. I don’t know where the officer making the complaint is and why he has not gotten his certificate.

“Police officers who have not collected their certificates should contact their Mechanised Salary Section, MSS, because I learnt some of the certificates were sent to the MSS across the country.

“I think the person might have been posted away from where he had subscribed for the shares and so I would advise that the officer goes to his last MSS or the MSS in his present command and ask.

“I am sure he will get it. The MSS will get to the bank and then advise him accordingly. I can assure our officers that the bank is functional and their investment is secure.”