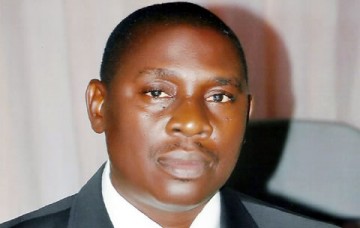 The police in Bayelsa State have confirmed that the home of the Bayelsa House of Assembly Speaker was bombed on Thursday.

The Police Public Relations Officer in Bayelsa State, Asinim Butswat, said in an email to PREMIUM TIMES that some unknown assailants detonated an object suspected to be dynamite in the compound of the Bayelsa Speaker, Kombowei Benson, at the Korokorosei Community around 4am on Thursday.

Mr. Butswat said no life was lost, but that the impact of the explosion damaged the doors, windows and glasses in the speaker’s residence.

He said a team of bomb experts from the police visited the scene of the blast to conduct investigation, and that the police was intensifying efforts to arrest those behind it.

No arrest had been made yet over the incident, he said.

The speaker, Mr. Benson, told PREMIUM TIMES, Friday, that he had “overcome” the attack, and that he was working hard for his party, the Peoples Democratic Party, to win the rescheduled governorship election in the Southern Ijaw Local Government Area.