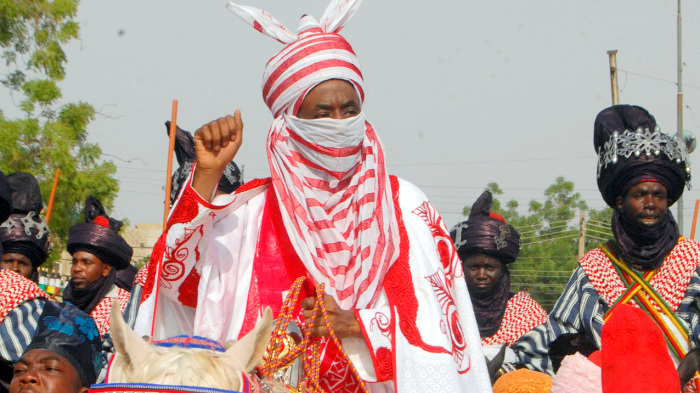 The emir of Kano, Muhammadu Sunusi II, has stripped the eldest son of the late Emir Ado Bayero, Lamido Bayero, of his traditional title of Ciroman Kano and District Head of Gwale.

PREMIUM TIMES gathered that a few months after ascending the throne, the new emir wrote to Mr. Bayero, seeking him to return to his duty as Ciroman Kano and District Head of Gwale.

Palace sources told PREMIUM TIMES that Mr. Bayero’s refusal to either reply the letter or report to the palace, angered the emir.

The issue however died down when Mr. Bayero was appointed managing director of the Nigerian Ports Authority, NPA, by former President Goodluck Jonathan.

But when Mr. Bayero was recently relieved of his duty as managing director of the NPA by President Muhammadu Buhari, the emir directed the Emirate Council to write to Mr. Bayero again.

“When a letter was written to him again, he neither responded nor appeared in person to explain his reasons.

“His Highness first reasoned that the local government of Gwale was too important to be left vacant, and so he elevated the son of Emir Inuwa to be the district head.

“And now the title of Ciroma is also stripped,” a top palace source said.

Perhaps in order to douse tension in the palace, sources said, the emir however appointed Mr. Bayero’s younger brother, Nasiru Bayero, to replace him as the new Ciroman Kano.

A statement by Galadiman Kano, Abbas Sunusi, said the removal and the subsequent replacement were with immediate effect.

Mr. Bayero was touted to as the heir apparent of the Kano emirship throne but lost to the current emir, who was then holding a mid-cadre title of Dan Majen Kano.

Since losing the coveted seat to Mr. Sanusi, Mr. Lamido banished himself to Abuja and refused to pledge allegiance to the new emir as provided by the tradition.

Despite concerted efforts by some notable personalities in the state to convince Mr. Bayero to pay homage to the new emir, Mr. Bayero stoutly rejected.