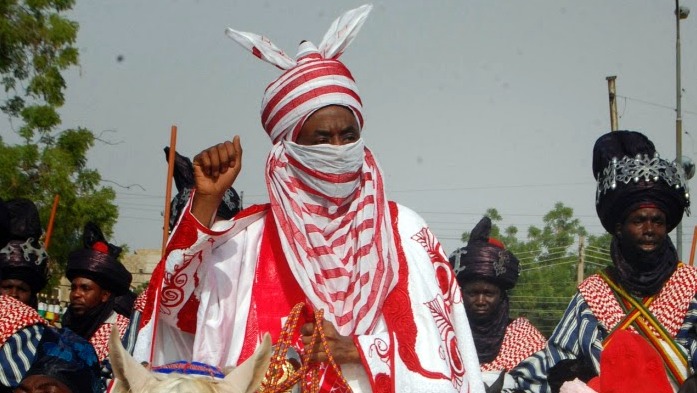 The Nigerian Labour Congress on Wednesday asked Nigerians to ignore the emir of Kano, Muhammadu Sanusi’s call for devaluation of Nigerian currency and removal of fuel subsidy.

A statement by the NLC’s president, Ayuba Wabba, said the emir should have spoken for the poor as traditional institution “must not be turned to outposts of neo liberal institutions such as the IMF.”

“The former Governor of Central Bank of Nigeria and now Emir of Kano, Mallam Muhammadu Sanusi II has been widely reported by some newspapers to have openly canvassed the devaluation of our national currency, the naira as well as total removal of subsidy on petroleum products by the Federal Government.

“We believe the Emir was expressing his private opinion and not speaking for the traditional institution or his emirate where industries have totally collapsed, leaving the emirate with one of the highest population of victims of anti-people policies powered by neo liberal interests.

“The eminence of his position as an emir should not be rubbished with constant proclamations or campaigns for policies that has proven over the years as not only damaging to our national economy but targeted against majority of our people who flounder in abject poverty.

“The traditional institution should speak for and protect the poor; and must not be turned to outposts of neo liberal institutions such as the IMF, the World Bank and their cohorts who imposed policies such as the Structural Adjustment Programme under which the naira was devastatingly devalued while production halted with the near total collapse of industries.

“As an import driven country, the effect of devaluing our national currency is more on the quality of life of ordinary Nigerians who bear the brunt of high cost of goods and services given the fact that the exchange rate of the Naira to the dollar has gone record high from N154 to a dollar to over N225 to one dollar.

“Indeed, the purchasing abilities of both industries and individuals have incredibly dwindled and this may affect jobs in the long run.

“The statement clearly speaks only for international finance capitalists who are the direct beneficiaries of the pains of the poor in countries that have been unleashed with policies rammed down the throats of visionless and unpatriotic leaders blinded by the overbearing strengths and blackmails of the Breton Woods institutions.

“In several countries, including Europe, citizens have reacted against the pains of these policies through mass protests while in some other countries these anti-people policies ignited changes in government.

“We strongly advise the Federal Government to ignore in its entirety, the reckless anti-people outbursts of Emir Sanusi who we must also advise should concentrate all his energy on policies and programmes that can reduce or eliminate poverty in his emirate by generating efforts to reindustrialise Kano.

“The issue of subsidy removal has been subject of public discourse for more than two decades and our position have not changed. We are not only opposed to it, we have provided written details of how the petroleum industry can be managed to the benefit of our collective interests.

“President Buhari has publicly said his government will not remove subsidy on petroleum products and we fully support his government on the clear commitment of the regime to serving the interests of majority of our people rather than submit to the pressure of unpatriotic few who have continuously diverted public funds to their private interests with so much latitude.

“We are however ready to mobilise Nigerian people against any attempt to remove the subsidy should the government decide to yield to the pressure of people like Emir Sanusi who prefer to serve the interests of foreign institutions against the Nigerian people.

“We recall that the last national strike and mass actions against partial removal of petroleum subsidy in January 2012 did not only expose the rot in the petroleum industry, it also uncovered the high level of corruption in the industry where government officials and their cronies made the entire industry their private preserve.

“We expect government to revisit the reports of all the panels and committees that probed the industry following the 2012 mass protests, especially the reports that indicted individuals and firms that diverted subsidy funds to private interests. All the stolen funds must be recovered while those indicted must be prosecuted and appropriately punished.”