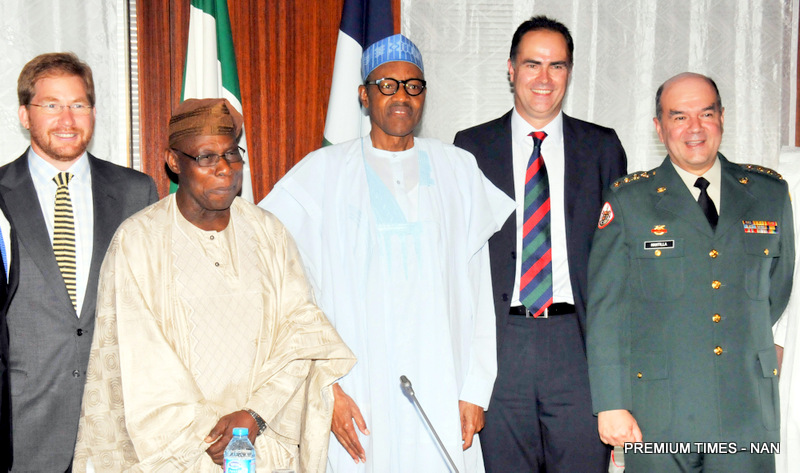 Speaking to journalists after the meeting at the presidential villa, Mr. Obasanjo said Nigeria needed to learn how Colombia survived insurgency for more than 50 years.

“We want to see what has kept them going. What has made the government of Columbia to make three attempts to seek peace, to end the war and insurgency and they failed. What are the new efforts that they are making? How likely are those new efforts going to succeed,” the former president said.

Mr. Obasanjo said the president gave the team a listening ear, and was “anxious to learn”.

“One thing you can say about the president is that he is anxious to learn and he has listening ears. Of course, nobody knows it all. A good leader must seek every opportunity to learn and to put what he learns into practice,” said Mr. Obasanjo.

On the deadline given to Nigeria’s military chiefs to defeat Boko Haram, Mr. Obasanjo said the deadline was meant to encourage them to crush the sect.

The former president said he also briefed Mr. Buhari on his assignment as special envoy to Guinea Bissau.

“If nothing happens, I believe between today and tomorrow, a new government will be in place in Guinea Bissau. They have been without government for almost two months,” he said.