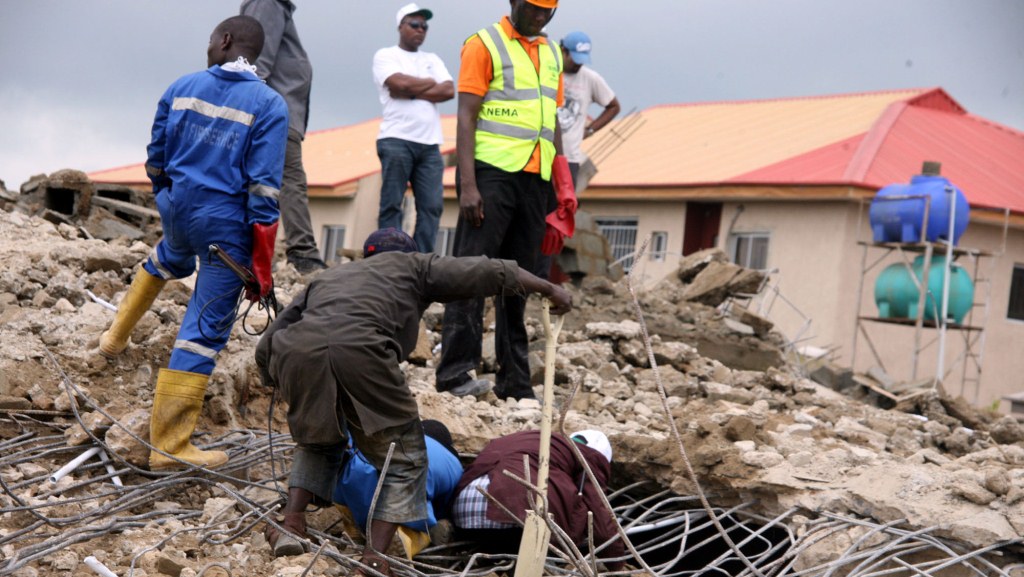 The Lagos State Emergency Management Agency has said it has yet to determine the number of casualties in Tuesday building collapse in Lekki area of the state.

The General Manager of the agency, Michael Akindele, said this in an interview at the scene of the incident.

“As l speak, l cannot ascertain whether there is anybody trapped, dead or alive, until when we conclude the search and rescue mission.

“For now, we are still on rescue mission to ensure that there is no life under the debris.

“Until we get to the zero level before we can make any further pronouncement,’’ he said.

He, however, said that the agency would conduct investigation to determine the quality of materials used to construct the building.

“As at August 11, the three buildings under construction here were marked by the Lagos State Building Control Agency (LASBCA) and the contractors served appropriately to stop construction.

“This collapse is out of defiance; however, necessary investigations will be done by appropriate agency after which it will act appropriately.

“LASEMA is here on search and rescue mission,’’ he said.

Mr. Akindele explained that before officials of the agency arrived at the scene, two people had already been rescued alive.

He said the agency was informed that the construction workers were already out before the collapse.

He said his officials would do their best to ensure anybody who was trapped in the building was rescued.

A witness at the scene said that four people were still trapped while two persons were rescued before the arrival of emergency officials.