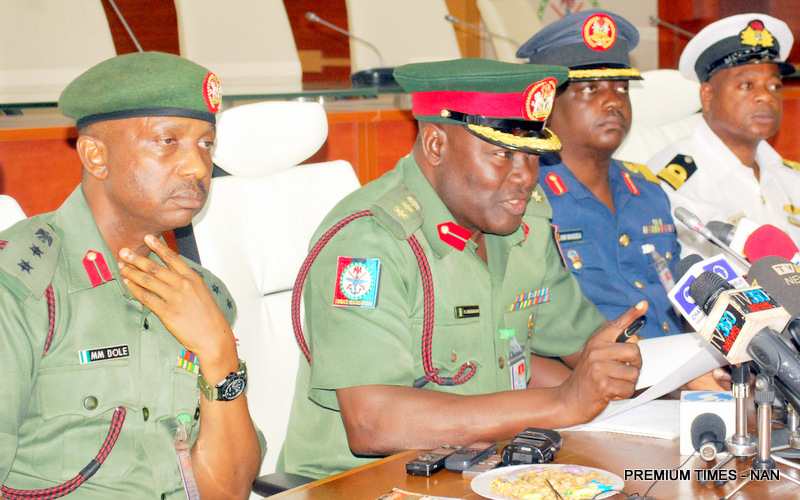 The Nigerian military on Wednesday said it has destroyed all known Boko Haram terrorists’ camps and cells in the North East.

The Defence spokesperson, Rabe Abubakar, said this at his maiden news conference, adding that the camps were destroyed by troops operating in the region.

Mr. Abubakar said the terrorists have been “so militarily defeated and weakened” that they can never hold any part of the territory in that part of the country.

He said, “These terrorists have been subdued. Even if they are adopting other means and as they are re-strategising, we are also doing same.”

The defence spokesperson said the military had been coordinating air and ground assault to make sure that terrorists’ hideouts are completely decimated.

“As I am speaking to you, all the terrorists’ camps have completely been wiped out. So, right now they are completely in disarray, having no command and control of where to plan. We have even taken over the camps that most of them have even abandoned their bases and blended within towns and communities,” Mr. Abubakar said.

He also said some of the terrorists had been apprehended.

“We are making a lot of headways and a lot of achievements and people should know that Boko Haram is no longer strong enough to hold ground. Very soon this issue of whether they are in control of any territory in Nigeria or not will come to the open,” he said.

Mr. Abubakar, a colonel, assured Nigerians that no territory in the country will be taken captive by the insurgents.

He also said that significant progress has been made due to various strategies including morale boosting of troops by the chief of army staff, Tukur Burutai.

Mr. Abubakar said, “the issue of desertion, complaints of non-equipment and lack of morale and motivation are now things of the past”.

He noted that emphasis are now placed on credible training and retraining on the sanctity of human rights and protection of the combatants in the battle fields.

Video: “Without Bola Tinubu we won’t have an APC today”- Femi Gbajabiamila