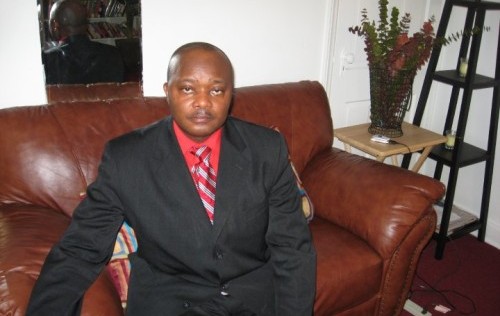 After initially denying Thursday’s invasion of his official residence by operatives of the State Security Service, Akwa Ibom State Governor, Udom Emmanuel, on Saturday made a U-turn, admitting the raid actually happened as exclusively reported by PREMIUM TIMES.

However, the governor’s spokesperson, Ekerete Udoh, as audio evidence has shown, told a barefaced lie that he never spoke to this newspaper for the story.

But instead of confirming what had already become public knowledge at the time, Mr. Udoh denied the raid, describing it as a “manufactured lie”.

“My brother, that is a manufactured lie that I am not even aware of,” Mr. Udoh said in response to a telephone enquiry on Friday.

When told that the enquiry was initiated to get the state government’s reaction following comments by Ekiti State governor, Ayo Fayose, condemning the raid, Mr. Udoh insisted he was not aware of any such incident.

The governor’s spokesperson promised to call our reporter back, saying he was busy.

“I will have to call you back. I am in a middle of something here,” he said.

But more than 24 hours after he made the promise, he is yet to return the call.

The governor’s spokesperson denied the raid happened despite multiple confirmations by top leaders of the PDP on Friday.

However, the state government, in a statement on Saturday by Mr. Udoh, admitted the invasion of the governor’s lodge by the secret police indeed took place.

Mr. Udoh, however, denied that neither arms nor United States dollars were uncovered by the SSS operatives.

“The attention of the Akwa Ibom State Government has been drawn to reports in a section of the media to the effect that during the illegal invasion by agents of the State Security Service to the guest wing of the governor’s lodge two days ago, that caches of ammunition and undisclosed amount of foreign currency were found,” Mr. Udoh wrote.

“This story is nothing but a lie concocted by people who wish to form a narrative that bears no reality to what is on ground in the peaceful and serene state of Akwa Ibom.

“The illegal invasion of the governor’s guest wing has already been condemned by all well-meaning Nigerians and it’s sad that people could throw rationality and decency to the winds by publishing such a blatant lie.”

Not satisfied, Mr. Udoh later issued another statement disparaging PREMIUM TIMES. In the statement, he denied speaking to this newspaper on the raid.

The statement was widely circulated to some media organisations, including “The Killer Punch News”, a platform known more for publicising propagandist articles from the Akwa Ibom state government.

“My attention has been drawn to a story in the online newspaper, Premium Times, claiming that I had denied that the SSS visited Government House in Uyo, two days ago,” Mr. Udoh said.

“This story is a lie as I never spoke to a Premium Times reporter. The PDP Acting Chairman, Mr. Uche Secondus and Governor Ayo Fayose of Ekiti State have in their respective right already publicly condemned the invasion by the agents of the State Security Service.

“It is therefore, beyond even elementary logic that I would come out to deny a story that has been massively covered by all layers of the media-print, electronic and new media.

“Premium Times is populated by some of the best professionals in the industry and I am shocked that such a professionally run media platform would descend to the level of attributing words to someone they did not speak with.”

However, a recording of the conversation between Mr. Udoh and the reporter who spoke to him has shown that the Akwa Ibom governor’s spokesperson lied in his claim.

“I think readers should listen to this tape and make up their minds about who is dishonest between Mr. Udoh and PREMIUM TIMES,” the paper’s Managing Editor, Musikilu Mojeed, said. “Readers will realise that for a man charged with the huge responsibility of articulating a governor’s views and policies, this spokesperson has not covered himself in glory. We wish him well.”